Graeme Whale intends to lend a bit of perspective when he serves as the Golf RSA Elite squad’s performance coach during their upcoming tour of the United Kingdom and Europe.

Whale’s role within the team will be multi-faceted. Together he and head coach Roger Wessels will ensure that the players use their time effectively - balancing practice time with downtime so as not to become burnt out.

“For many of these players, the opportunity to play a number of overseas events is a pretty novel prospect. It’s of vital importance that we manage their workloads so that they give themselves the best possible chance at success during the events,” says Whale.

“These guys are all incredibly exciting prospects and to have the opportunity to spend time with them will be absolutely fantastic. I feel that from playing standpoint the biggest impact I can have will be helping them adapt to the slower greens of the UK which can take some getting used to.”

Perhaps Whale's most valuable contribution though will lie in the intangible. In that which has been known to free many a golfer up in the heat of competition.

“I’m very keen to lend a little perspective to the players. Having been around the South African Disabled Golf Association for a number of years and having a physically-handicapped daughter myself has taught me that golf is just that, golf.

“A poor round isn’t the end of the world and I feel that if the players truly internalise that they’ll not only enjoy the experience more but ultimately be better golfers for it.

“By the end of this tour I want these players to not only have announced themselves to the world as competitors but to have left their mark as fantastic people for the way they carry themselves,” Whale concluded. 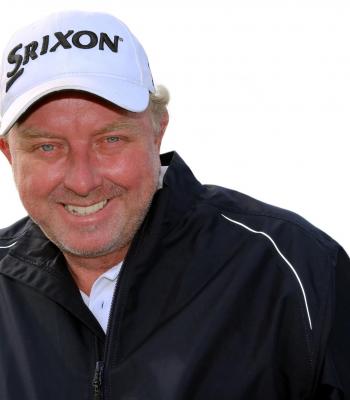