Beneath gloomy skies, Watts made the ideal start to his round as he began with four consecutive pars. Four dropped shots over the balance of the inward nine - interrupted by multiple weather delays - merely served to galvanise the Les Autres golfer on the second-nine.

It would’ve been easy for Watts to get flustered in the face of some truly awful weather but instead the Durban Country Club member focused on capitalising on the good shots he hit and limiting the damage after poor shots.

Closing with nine straight pars, the good shots far outnumbered the bad as Watts signed for a round of 76, an incredibly impressive round given the adverse weather conditions.

“My first SADGA tournament experience has been good so far. I’ve been looking forward to it for a while so I’m pleased that I finally can play,” commented Watts.

As for his game plan heading into the second and final round, Watts is intent on staying on the straight and narrow.

Should Watts hold on for the victory, it would cap a remarkable start to life as a disabled golfer.

Jodi Schultz and Charles Young share the lead in the Physically-Disabled Stableford after carding 26 points apiece in round one.

Schultz made a slow start, coming up empty-handed on his first hole of the day. He righted the ship thereafter, notching 11 points over the ensuing six holes highlighted by a three-pointer at the par-3 11th.

Having turned with 13 points to his credit, Schultz endured a brief wobble at the turn, carding zero points at his 10th hole of the day. He responded to the brief setback well and scored points on each of the remaining eight holes. A par-3 for as many points on the penultimate hole propelled Schultz to an inward nine tally which matched his opening-nine score.

Young’s outward nine meanwhile was characterised by four two-pointers which helped him offset a pair of zero-pointers as he turned with 11 points to his name.

Young played some tremendous golf on the inward nine. A birdie-4 at Ebotse’s 3rd-hole was complemented by two three-pointers which came at the 6th and 8th respectively.

Young’s second-nine effort of 15 points saw him end round one level with Schultz, setting up an enthralling final round battle. A battle made all the more intriguing by the presence of Deon Van Niekerk just two points adrift of the pair, Van Niekerk signing for 24 first round points.

Open Series Deaf Stableford champion Shanon Van der Berg made a steady start to his Ebotse Links Disabled Open with a round of 25 stableford points.

The stage is set for an enthralling final round at the Ebotse Links Disabled Open. 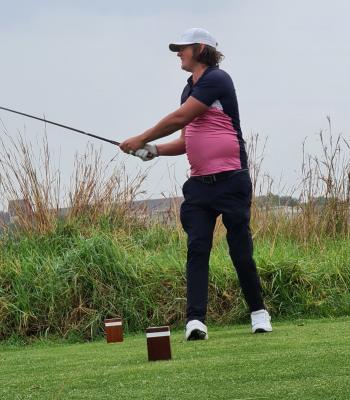 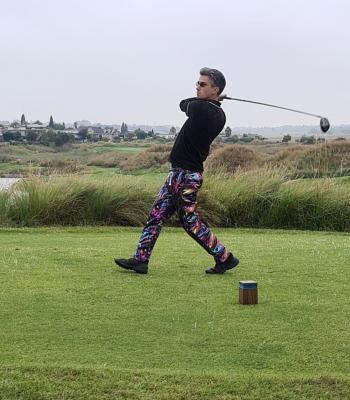