Johannesburg, South Africa. February 2017 - United Kingdom based golfer, Martin Williams has confirmed that he will compete in the prestigious 2017 Canon South African Disabled Golf Open, which takes place in May. His participation in this year’s tournament will be his fourth.

Williams, originally from Wales, is well known on the disabled golf circuit in the United Kingdom and in South Africa. At the South African Disabled Golf Open in 2016, he achieved his highest finish yet; 7th place in the Leg Division and 6th place overall in what turned out to be a rare golfing appearance during the year. Due to a combination of an injury, his commitment to cricket and a new business, his time on the course was heavily restricted. In fact in 2016, Williams played more golf at Zwartkop Country Club during the South African Disabled Golf Open week than he did in the UK for the rest of the year.

Reinard Schuhknecht, Brand Ambassador for SADGA, says: “We are delighted to confirm that Martin Williams will be part of the field of international and South African golfers competing in this year’s tournament. We look forward to a stellar performance from him again this year.”

Williams started playing golf at the age of 12 and enjoyed membership at Stoke By Nayland GC, West Sussex GC and Worthing GC where a handicap low of 5 was achieved in 2001. A lengthy sabbatical from golf followed with the arrival of his sons Thomas (14) and Ben (11), with Williams managing limited rounds of social golf only. Following an accident at home, which led to the amputation of his lower right leg, Williams was set a challenge by his son Ben; to play in a competition to prove that “everything would be ok”.

Having searched the internet and made contact with Lily Reich at the South African Disabled Golf Association (SADGA), he entered the 2014 South African Disabled Golf Open at Zebula Golf Estate. This was his first competitive golf for almost 13 years. In 2015 Martin came 13th in the Overall and 9th in the Leg Division at the tournament. He also played in the DBO British Open, finishing runner up to James Hourigan, and in the Welsh Open at The Vale finishing runner up to Andrew Gardiner. That same year, he played in the Swedish Invitational at Bokskogen GC finishing eleventh in an event featuring the likes of Daniel Slabbert, Christo De Jager, Iglin Grobbelar, Conrad Stolz, Reinard Schuhknecht and Manuel de Los Santos.

He is a keen supporter of SADGA, promoting the work of the First Swing Programme, a development programme for children with disabilities, in the UK and helping to raise awareness of and funds for the programme.

In addition to golf, Williams plays cricket for Hampshire County Disability and enjoys travelling, particularly to South Africa for Safari at Garonga Camp in Limpopo Province.
Like Martin Williams on Facebook https://www.facebook.com/martin.williams.547?fref=ts 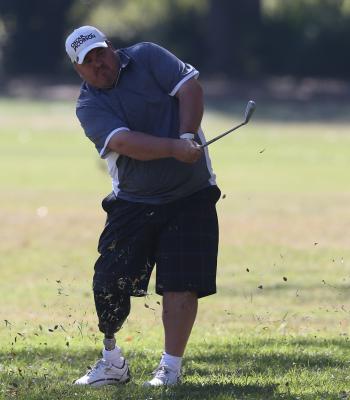 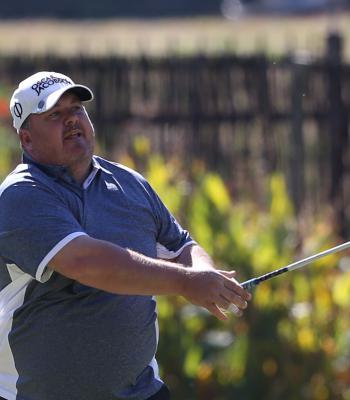