Team North put the finishing touches to a phenomenal SADGA Provincial Challenge funded by the National Lotteries Commission with an 11-.5-8.5 victory over Team South at Zwartkop Country Club on Sunday .

What a turn up for the books that was. After Western Province won a remarkable four Provincial Challenge titles in a row, many would have expected the expanded South Team to continue in the same vain. Yet the men (and lady) from the North bucked the trend in some style.

After the North seized a commanding five-point lead on the opening day, the South faced an uphill battle to try and turn the tide.

The Joseph Phiri-led North, however, came out firing. Gareth Dudgeon dispatched Team South’s Riaan Spreeth in emphatic fashion to notch North’s first point of the day. After turning six holes to the good, Dudgeon capped off a memorable event with a 6&5 victory to finish with a 2-0 record.

Jan Potgieter consolidated the North’s position, ensuring the event was all but won courtesy of a 5&4 win over South rookie Simo Mdudu. Despite going 0-2, Mdudu can feel proud of his play this weekend and the experience will undoubtedly stand him in good stead in the coming years.

The winning-point was delivered by none other than Gauteng Golf chairman, Johan Du Plooy. Like his teammate Potgieter, Du Plooy won his match 5&4 to clinch a long-awaited Provincial Challenge triumph for Gauteng. Du Plooy remarked that he was proud of his team’s efforts.

Credit must go to the South though as they won the final day 6-4. There were consolation victories for South veterans Trevor Reich and Ignation Douries as the pair won their respective matches 5&4. Kean Dry and Morne Cronje notched two further points before Morne Els avenged his round one loss to Charlene Pienaar.

The two-day event also provided an opportunity to pay tribute to the late Conrad Stoltz. Both teams and SADGA staff wore shirts bearing Conrad's affectionate nickname of "Stolla". At the Prize-Giving, we were prvileged to be joined by Conrad's Wife, Henda who presented Team North with the trophy.

The SADGA Provincial Challenge wouldn’t have been possible without the continued support of a number of sponsors. To Volkswagen South for mobilising the SADGA during the weekend, we thank you for providing safe and reliable transport whenever and wherever we are.

Congratulations to Team North on an outstanding victory. 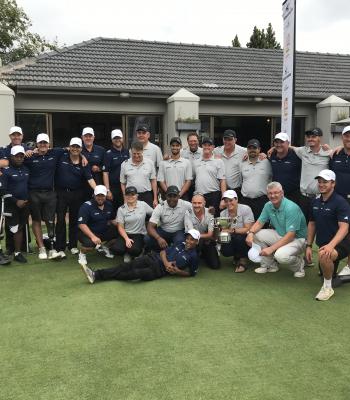 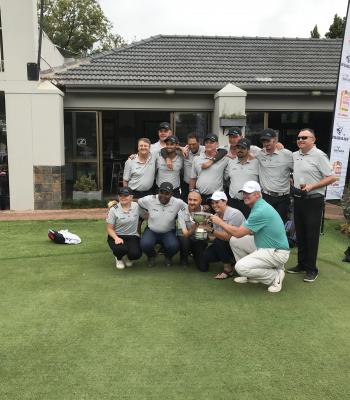 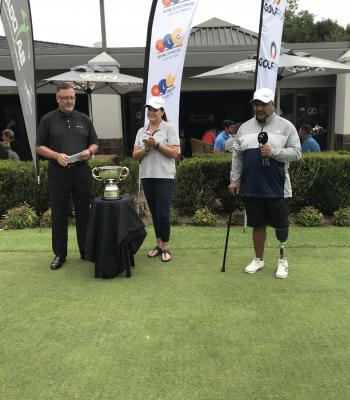 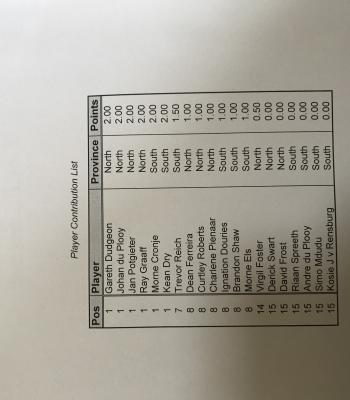