Team North and South have named strong sides for the latest installment of the SADGA Provincial Challenge which takes place at Uitenhage Golf Club between the 30th of April and 2nd of May.

This year’s event features a change in format from previous editions. Rather than playing two days of Singles matchplay - 2021 will see the golfers play alternate-shot, better-ball and singles which is similar to events such as the Ryder Cup and Presidents Cup.

Eight players from each side will be in action during the first two days of play. The first day will feature nine holes of better-ball matchplay with four points up for grabs. The players will play nine holes of alternate-shot on Saturday before all 10 players participate in 18 holes of singles matchplay on Sunday.

Team North - the defending champions - will feature a number of players who have represented SADGA in the Gauteng North Handicap League. Dean Ferreira, Johan Du Plooy and Jan Potgieter have all represented the SADGA team in the Handicap League and their experience this season will certainly stand them in good stead at the Provincial Challenge.

The event will also allow Jontey Kotze - who is also part of the Handicap League team - to gain further experience in a team environment.

Team South will be spearheaded by Trevor Reich. With a wealth of experience at Provincial Challenges to draw on - it comes as no surprise that captain Pieter Verwey views Trevor as his playing captain.

Team South welcome back Christo De Jager who missed last year’s event through injury. De Jager’s presence could prove invaluable to captain Pieter Verwey as he is a member at Uitenhage and will no doubt impart some key local knowledge to his teammates.

SADGA Executive Director Craig Moorgas who has been in red-hot form since golf resumed after lockdown has played his way onto Team South. Craig’s vast experience of team sport - both in previous Provincial Challenges and Wheelchair Basketball - will certainly make him a great asset to Team South.

Les Autres golfer Lance Du Toit - an incredibly steady player-  has also earned a spot on the team and will no doubt be relishing the prospect of teeing it up at Uitenhage.

Congratulations to all the players who were selected, everyone at the SADGA wishes you the best of luck. 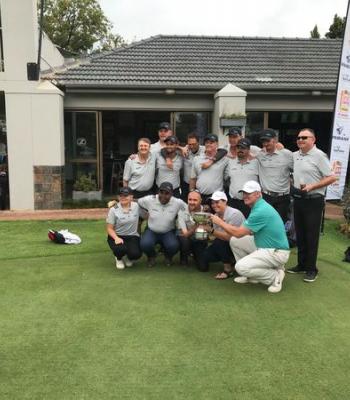