TSHWANE, 4 May 2015 – The smile on his face said it all as Danie Jordaan strolled off the 18th green at Zwartkop Country Club. The 50-year electrical engineer from East London fired an impressive three-over-par 74 to finish two off the pace from defending champion Josh Williams and upstage most of the tournament favourites in the first round of the Nedbank SA Disabled Golf Open on Monday.

Daniel Slabbert, a three time champion, and reigning World One-Arm Match Play champion Reinard Schuhknecht lag three off the pace, while Iglin Grobbelaar, the winner in 2009 and 2010, registered an opening 76.

Jordaan drove nearly 1,000 kilometers to bring his son Lee to Gauteng and combined the road trip with his 10th successive appearance in the national disabled golf championship.

“My son is a junior programmer and he is job hunting,” Jordaan said. “He wants to try his luck up here in Joburg, so we decided to drive up. A two-day trip in a 1200 Renault Clio. But maybe that’s what changed my fortune.

“I don’t quite understand what was happening, but I’m thrilled as anything. I was striking the ball well and I putted like a demon. Everything just went my way; well, almost everything.”

Meanwhile leg-amputee Williams turned three over, but racked up three birdies against a lone bogey on the back nine to set the target at one over.

“It could have been better, because I reached the 18th in two, but raced a 12-foot eagle putt past the hole,” said the 30-year-old leg amputee. “But the back nine did the trick, though.

“The course is tight and there is trouble out there, but I feel there's a 68 or a 69 out there. I think anybody who shot in the mid-70s today still has a chance of winning.”

The Canadian was just six years old when he was swept under a powerboat.

His left leg was struck by the propeller of the 70-horsepower engine and had to be amputated just below the knee.

The disability did little to diminish his competitive spirit and Williams, a three-time Canadian Amputee Golf Championship winner and North American Amputee Golf champion, has aspirations of playing on the PGA Tour one day.

“My biggest dream is to tee it up in the US Open Championship,” said Williams, who regularly shoots red numbers.

“I’ve tried to qualify twice, but I haven’t made it past the first stage qualifier yet. When I get home after the Nedbank SA Disabled Golf Open, I will be trying again and the way I am playing at the moment, I rate my chances of getting through.” 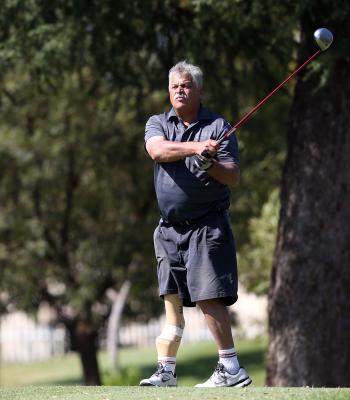 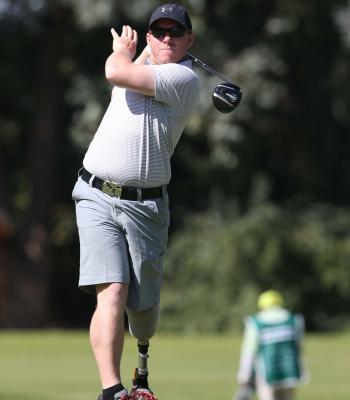