Johannesburg, South Africa. March 2017-One of South Africa’s top ten leg amputee golfers, Riaan Spreeth joins the diverse field of competitors in the 2017 Canon South Africa Disabled Golf Open taking place in Cape Town from the 15th to the 17th of May 2017.

Spreeth, who hails from Simonstown, lost his leg below the knee in a motorcycle accident at the age of 29, 14 years ago. He started playing golf two years later and has made a name for himself as one of the best disabled golfers in the country. He has played in five Provincial Challenges, having been selected for the Western Province provincial team, and in 2014 won the Langebaan Country Estate Passion Award for his passion and commitment for disabled golf. This prestigious award is presented annually at the Canon SA Disabled Golf Open.

Spreeth has worked for the Metropolitan Police as a Superintendent for 24 years, and recently got engaged. He is looking forward to competing in his 11th Canon South Africa Disabled Golf Open and is certain to give players in his category a run for their money.

Organised annually by the South African Disabled Golf Association (SADGA), the Canon South Africa Disabled Golf Open has at its heart the goal to inspire and unite players, as well as acknowledge their achievements.

The tournament attracts the world’s top golfers with disabilities; most of whom boast handicaps of 18 or lower. Spreeth himself plays off an impressive 12 handicap. 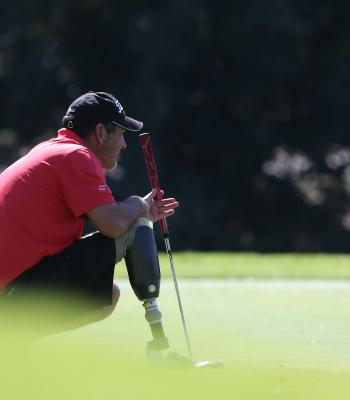 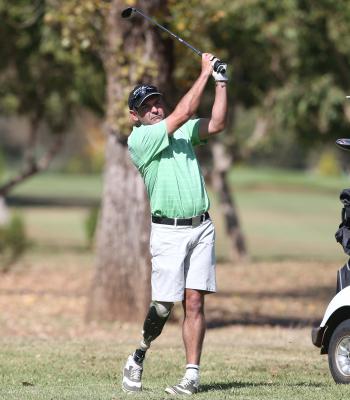