58 yr old, born and bred in Durban, now living in Summerveld an equestrian estate outside Hillcrest.
Jeff has been in the motor trade all his life and currently employed at a motor dealership in Pinetown as a finance & insurance consultant.
Over and above his current employment, Jeff also co-ordinates the provincial days for SADGA in KZN and has recently been asked by a well-known vascular surgeon in KZN to assist him with motivational talks to patients who have recently had amputations.

He has always been a keen sportsman having played some Midlands league golf, some football and cricket. He excelled at Indoor Cricket representing Natal for many years in various age groups and eventually went on to represent South Africa Masters on 5 occasions between 1999/2000.
As an abled bodied golfer he was lucky enough to record 3 x Hole in One and an Albatross on a par 5.

In June 2016 he lost my right limb (aka) due to a stent that twisted in his knee which cut the blood flow to his lower limb.
In September of the same year he started hitting balls while standing on one leg. After receiving
his prosthesis on 23 November he was told that he wouldn’t play a round of golf for at least a year but he had a mission to compete again and 9 weeks (4 Feb 2017) after receiving his prosthesis he played his first full round of golf and from there it has been blood sweat and tears but the practise is paying off. He is currently off a 17 handicap but working hard to achieve a single figure handicap.

Jeff said ‘When I joined SADGA I received a program from the 2017 SA Disabled Open and was immediately inspired by the feats of disabled golfers Chad Pfeifer, Bob MacDermott and company.
Let me not forget the members from the KZN chapter of SADGA as well as my home club Tanglewood GC plus family and friends that have given me words of encouragement at every golf outing and to all that have made it possible for me to compete this year

I look forward to competing in the Canon SA Disabled Open 2018 and testing my skills against some of the best golfer from SA and abroad as well as learning from them and forging new friendships.’ 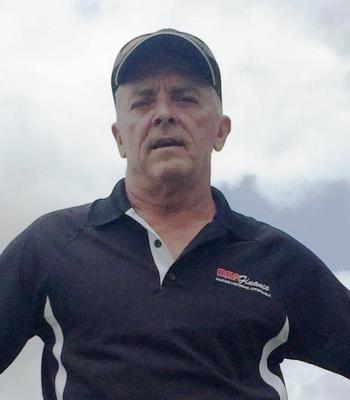 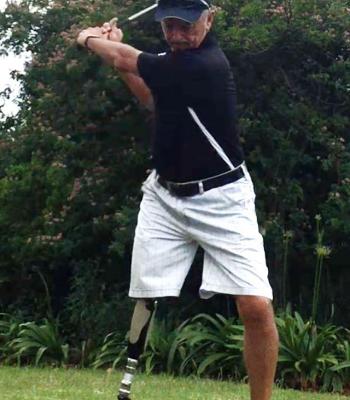 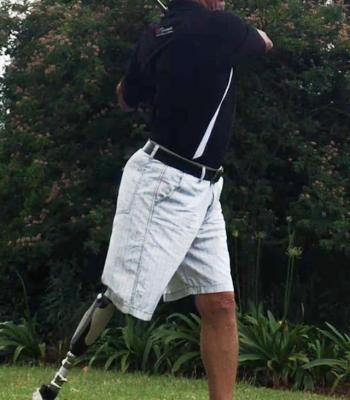