This will be Christo’s 10th Open and he has been 8 times in the top 10 Overall Division. Last year Christo came 5th overall and was also the top South African.

Christo has made the Provincial team many times and will be playing for the Rest of the Country in March at Magalies Park in the Provincial Challenge.

He also won the Senior Division in 2016 and 2017 – the senior division is extremely sentimental to him as a few months before the Canon SA Disabled Golf Open 2017 he found out that the trophy will be named after one of SADGA’s great players Nico Wentzel, who had passed away the year before. Nico was one of his best friends and a very good player and they had some great matches against each other over the years.
His goal was to keep that trophy in SA.
‘I had such mix feelings when I received that trophy. His son, Nick Wentzel handed it over to me and I had tears in my eyes but was so happy and now nobody can take it away. After the OPEN I said to myself, this is it , now I am done and this was my last year and I was going to go off on a high. Then I received my invite for 2018 and my entry was the first one confirmed - but with NO goals – I just want to go and play golf with my friends that I have met over the years.

Oupa is someone everyone loves and SADGA would like to thank him for his incredible ongoing support of the SADGA & FSP and look forward to having him back at the Canon SA Disabled Golf Open 2018. 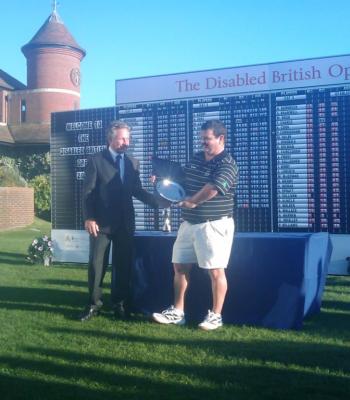 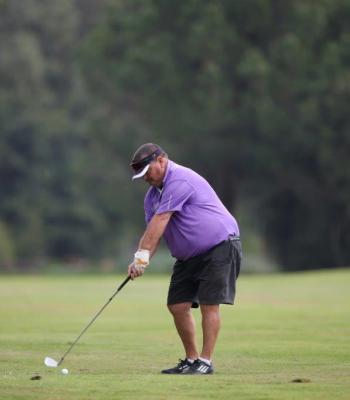 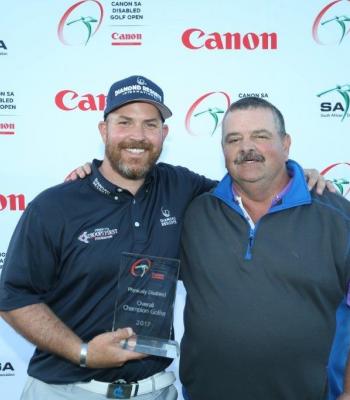 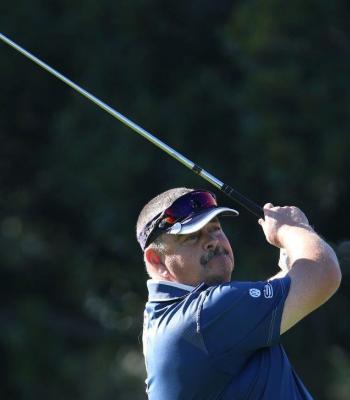 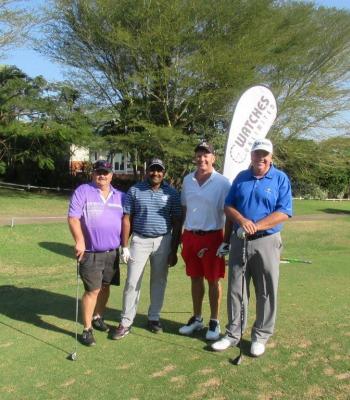 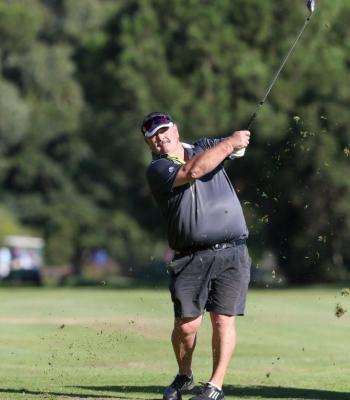