26 year old Reinard, also known as Rhino, just finished a 2 year stint as the golf operations manager at San Lameer Country Club in KwaZulu-Natal. He received his Professional Golfers Association of South Africa Certificate in September 2017.
At the age of 14, he survived a dramatic 11 000 volt electric shock which resulted in his right arm being amputated above the elbow in 2006. Never allowing his disability to get him down, he completed his schooling in Vanderbijlpark, Gauteng where he grew up and strived to lead an active lifestyle. Golf became a focus and a passion for him and one year after his amputation, he entered his first South African Disabled Golf Open. He competed in the D Division for players with a handicap of 19 to 24 and took first place, as well as second place in the Overall Junior Stableford Division.
The following year, he took first place in the Junior Division at the South African Disabled Golf Open, with a margin of 10 strokes, and third place in the Arm Amputee Division. Later that year, he took part in the Vodacom Ryder Cup Challenge at Vodacom World of Golf at Woodmead where he was crowned champion of the day after 18 short holes, a magnificent seven birdies and a winning with a margin of 4/3.
There has been no stopping him since. He represented the Vaal Triangle team for schools at Potchefstroom Golf Club in 2009, and SADGA’s Gauteng Team in the Inter provincial Tournament at Arabella Golf Club in Cape Town. By 2011, he was playing the international stage and participated in the Swedish Invitational in Malmo and Bokskogen, Sweden and was also part of a four man team in the World Team Handi-golf Championship where South Africa came fifth. In 2012, he played in his first Sunshine Tour at Zwartkop Country Club – the ISPS Honda Classic – where South Africa’s top ten disabled golfers competed and he came fifth.
In 2016, he continued his winning streak at the South African Disabled Golf Open and took first place in the Arm Amputees Division (0 to 18 handicap). He also participated in the One Arm World Champs in London, coming second in the Strokeplay and winning the Longest Drive Competition with a distance of 366 yards. He also had the opportunity to play in the Nedbank Golf Challenge Pro Am held at Sun City in November 2016 when he played with Andy Sullivan, a professional golfer from England.
2017 Canon SA Disabled Golf Open saw Reinard taking 3rd place in the arm division.
Reinard took the World one armed Championships title in 2014, 2015 & 2017.

Aside from golf, Schuhknecht has many interests including scuba diving, skiing and wakeboarding. He also completed a 900km quad bike tour from Ballito to Johannesburg with other disabled bikers. But his dream is to be a professional golfer. “I want to become a professional golfer and compete at an international level in both the disabled and able body categories. I would love to play on the Sunshine Tour,” says Schuhknecht.
We are looking very forward to having our SADGA Brand Ambassador, Reinard Schuhknecht at this years’ Canon South Africa Disabled Golf Open 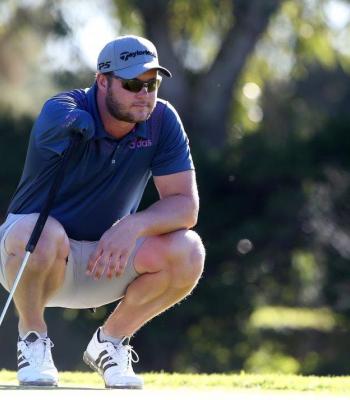 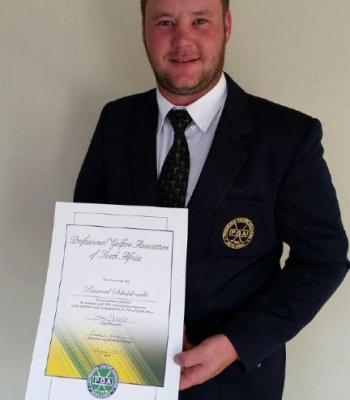 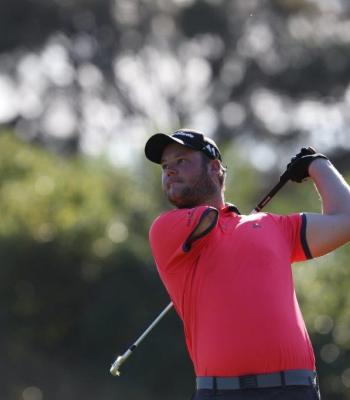 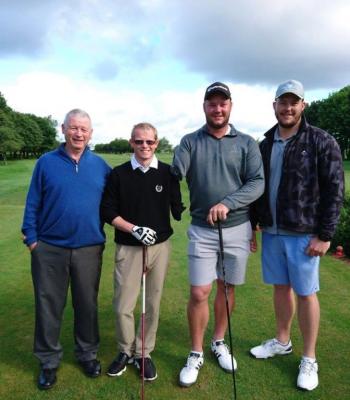 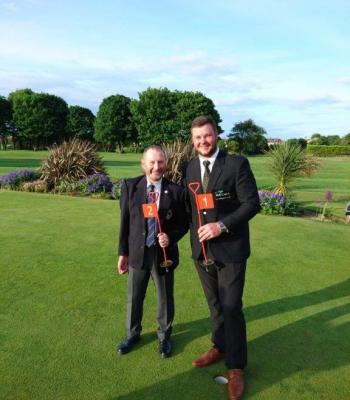