JOHANNESBURG (12 January 2015) – South Africa’s leading visually-impaired golfers are gearing up for a big next two years on the international calendar, beginning with the International Blind Golf Association Vision Cup in Italy in June.

Western Cape golfer Garrett Slattery has once again been selected as part of the 13-golfer World Team that will compete against the United States in this Ryder Cup-style event.

The biennial tournament was first played in 2013, with Slattery also a member of the World Team that beat the Americans in Georgia.

Slattery was once again the country’s outstanding visually-impaired golfer in 2014.

On the international stage, Slattery won the B2 Category world title at the ISPS Handa World Championships, and also finished runner-up in the Net division.

And Slattery finished runner-up in both the B2 Category Gross and Net divisions of the Australian Blind Open.

Both these tournaments had a field of 50 blind or visually-impaired golfers from 13 countries taking part.

Slattery is preparing to defend his title at the next World Championships in Japan in 2016. 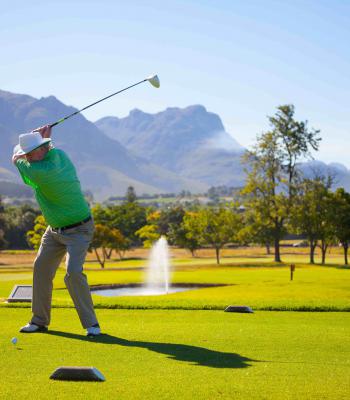