Six Years. Four Long Drive titles. Four One-Armed Championships. Suffice it to say, Reinard Schuhknecht has become a dominant force on the international disabled golf stage. In an exclusive with the South African Disabled Golf Association’s Craig Stirton, “Rhino” chats about the latest chapter in a glittering, trophy-laden career after winning the Long Drive and Matchplay double at the World One-Arm Championship at Carlow Golf Club in Ireland.

Defending a title is never easy and comes with a unique pressure. Attempting to defend a title for the third consecutive year though often proves too tall an order for most in competitive golf. Yet Zwartkop Country Club member Reinard Schuhknecht had every intention of defying this reality when he teed it up in the World One-Arm Long Drive competition at Carlow Golf in Ireland. The hole selected for the contest was Carlow’s 401-yard dogleg-left opening hole. It’s a demanding tee-shot given that the fairway narrows at 280m and that the ball has to finish in the fairway for the shot to count in the competition. With only three balls each, it’s vital that the competitors hit their straps quickly. As the defending champion, Schuhknecht had the luxury of going last. This is a double-edged sword though. While one knows exactly what is required for victory, there’s also the pressure of having to live up to the expectation that comes with being a two-time defending champion. Rhino was equal to the task though as he absolutely hammered a drive that sailed 16m further than the next best recorded distance.

“The longest one was Cian Arthurs whose longest drive was 305 yards [277m]. The first drive I missed out to the right, the second I hit down the middle (293m) and the third just off the right-side of the fairway”, Schuhknecht says.

With the Long Drive crown retained, it was on to the 36-hole qualifier for the Matchplay Championship. Schuhknecht endured a frustrating opening round in which he hit an impressive 12 fairways but a modest two greens in regulation on a cloudy and windy day. Despite sitting a distant 10 strokes adrift of leader Petri Takunnen’s 79, Reinard remained optimistic heading into round two, believing that his irons could only heat-up. They did just that as the 26-year-old roared back into contention after signing for a much-improved score of 10-over par 80.

“I wasn’t in too much trouble heading into the second round because I knew I’d hit more greens. I went out in the second round, hit the same number of fairways but I only hit 3 or 4-iron, I didn’t use driver and just had one bad hole. I made a triple on 18 so I came in with quite a decent round so I was happy. Hitting more greens in regulation really helped a lot.”

Having won medallist honours in the qualifier four-times in five years between 2013&17 with 2014 the lone exception, Schuhknecht can be forgiven for feeling disappointed with his 4th-place finish in the qualifier. Nevertheless, the dream of a fourth World One Arm Championship crown was still alive.

As luck would have it, Schuhknecht met a familiar face on the first-tee in his Round of 16 match ── Dave Waterhouse. The pair had met in the four previous World One Arm Championships with Schuhknecht having the wood over his English counterpart, sweeping to victories in all of their matches with a resounding 8&7 victory last year their most recent encounter. As is so often the case with golf though, anything can happen on the day. Waterhouse showed tremendous fight as he defied history and raced to a 3-hole advantage at the turn. With three holes to play, his lead was still intact and Schuhknecht needed to make something happen.

“It was quite an eye-opener, I said to myself: ‘You’ve come a long way to just lose in the first round”, he recalls.

One doesn’t win the World One-Arm Championship three times without possessing grit in spades. What followed from Schuhknecht can only be described as gritty. A tremendous par at Carlow’s 438-yard Stroke 2 kept Schuhknecht in the game, just. On the par-3 17th, however, his ball plugged in between the lip of the bunker and the rake and with Waterhouse just over the back of the green, his race appeared to be run. A miraculous shot to 4-feet gave Schuhknecht an opportunity to salvage par which he duly seized. After Waterhouse 3-putted, momentum was well and truly with Schuhknecht. Taking full advantage, he crushed a 3-iron a mammoth 317 yards down the centre of the par-5 18th. After finding the green in two, he drained a putt for birdie to take the match to sudden-death.  The first two holes were halved in pars and bogeys respectively before Schuhknecht completed his comeback from the dead with a birdie putt from 3-feet on the par-3 3rd.

By his own admission, Reinard had fallen into the trap of playing the man rather than the course in the first round. There were no such mistakes in his quarterfinal clash with Keith Dewhurst, though. Improved ball-striking and putting propelled the 6-handicapper to a commanding 5&3 victory.

The quarterfinal win set up a semi-final clash with Petri Takkunen. Having walked away with medallist honours in the strokeplay qualifier with rounds of 79&80 before winning his first two Matchplay encounters, the Finnish amputee was in fine form. Reinard though remained composed and played solid golf. Steady ball-striking and putting saw him ease around the Irish layout in 5-over par en route to a 4&3 win and his fifth final in six years at the championship.

The final was a dream come true for Schuhknecht in many ways. During his maiden World One-Armed Championship, he had met Cian Athurs from Dublin. Over time the pair forged a solid friendship and often spoke of one day meeting in the Matchplay final.

“I met him six years ago when I played in my first One-Arm World Championships and we always said that we’d have our final one day because I only played against him once before and I needed 21 holes to beat him so it’s always a good match.”

The nerves of playing in just his second final told for Arthurs in the early going as Schuhknecht seized a commanding 4-hole lead after just five holes. With his nerves finally settled, Arthurs made a dent in his friend’s lead to turn 3-down. A 32-foot bomb for a birdie on the short par-4 10th restored Schuhknecht cushion before another win at the next. Wins for Arthur at the 13th and 15th with a par and birdie respectively sandwiched either side of a half kept Arthurs slim hopes alive. When the pair halved the 16th from the greenside bunker, Schuhknecht secured victory 3&2.

With four wins in six trips to the One Arm Championships, his trophy cabinet is in undoubted need of expansion if he maintains his stranglehold on disabled golf’s premier one-arm event. At just 26-years-old and Nick Champness’ record haul of seven titles well within sight, Reinard Schuhknecht has the world of disabled golf at his feet. 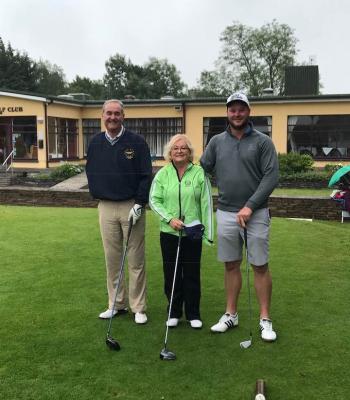 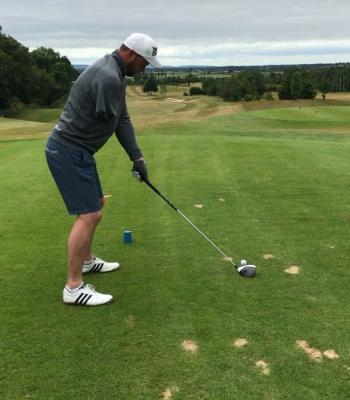 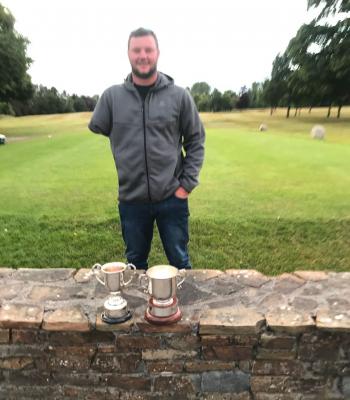 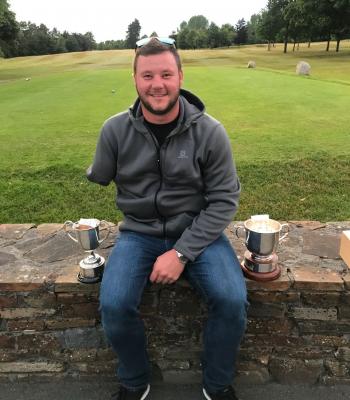 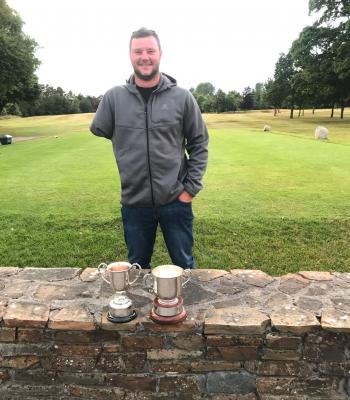 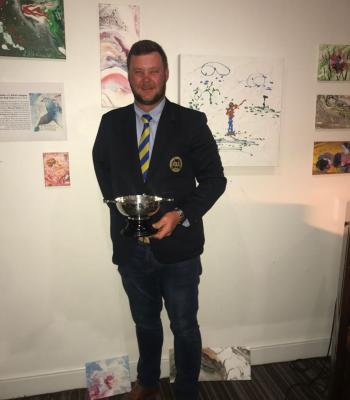 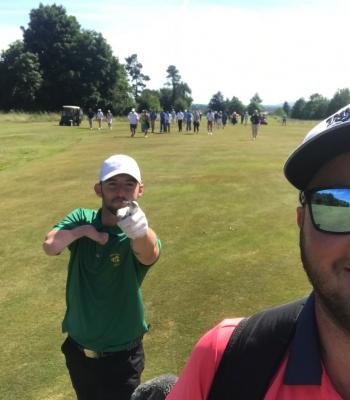 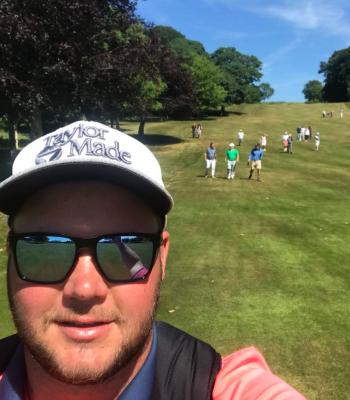