CAPE TOWN, 16 May 2017 - Chad Pfeifer will go in search of a second successive Canon South African Disabled Golf Open title after another stunning two-under-par 70 earned the American a three shot lead over first round pacesetter Juan Postigo from Spain on Tuesday.

The defending champion moved to four-under-par 140 and will carry a three shot lead into the final round after the 21-year-old one-legged wizard Postigo followed a 69 with a 74.

Pfeifer birdied the second and sixth holes at King David Mowbray Golf Club and notched another brace of birdies after the turn, but wayward drives and tree trouble cost him dearly at 12 and 15.

“I am hitting my irons were really, really well and my short game is great, but I had little bit of trouble with my driver for the second day running,” said the reigning World Disabled Golf champion. “I blocked myself off the tee at the 12th and into the trees and I was square behind a tree again at the 15th, where I had to take an unplayable lie.

“I managed to hit it 30 yards short of the green, chip it close and made a good bogey, but those two mistakes cost me what could have been a comfortable gap. Three shots are never enough against a guy like Juan. It was a pretty solid round and we are set up for a super final round clash.”

Pfeifer was a collegiate baseball player with dreams of playing the Major Leagues in 2006.

However, just a year after he joined the US Army, his left leg was blown off in war-torn Iraq. The landmine may have robbed him of his dream, but the amputation gave his new life and new purpose.

“Golf has changed my life,” said Pfeifer, who won on his first visit to South Africa last year. “I am unbelievably blessed to be able to compete in a sport that takes me to countries like South Africa and to play in what is arguably one of the best international championships in the world.”

Postigo, who finished third in his Canon SA Disabled Open debut last year, hits the ball prodigious distances in spite of balancing precariously on his one leg.

His apparent physical handicap aside, the Spaniard favours the same swashbuckling, grip-it-and-rip-it approach to the game as his hero and mentor, the late, great Seve Ballesteros and he missed only two fairways on day two.

But he did rue six missed putts that could have kept him ahead of Pfeifer.

“I actually hit the ball better from tee to green than Monday, but that little white ball….it just stopped on the edge time after time after time,” said the ever-smiling Postigo after another day of smashing a succession of 300-yard drives.

“I’m three behind but that’s okay because I prefer to chase and it will be fun to hunt Chad. We have opened up a gap on the pack, but if someone gets hot it can get crazy out there. I just have to make the right rolls on the greens and I can win this.”

Kenny Bontz, a leg amputee who wears a prosthetic limb like his compatriot Pfeifer, is third on 149 following a 75, while South African veteran Christo de Jager overtook former champion Josh Williams for fourth. The Uitenhage golfer is the leading South African on 154 after a pair of 77s.

Belgium’s Adem Wahbi rocketed to joint fifth after following an opening 83 with an even-par 72 and he sits at 155 with Canada’s Williams, who returned an 80.

It looks like the honours in the SA Deaf Championship is going down to the wire with four players in the hunt going into the final round.

Dudley Rossouw from Bethlehem is on 163 after rounds of 84 and 79 and he is tied with defending champion Charlie Williams. The 23-year-old King David Mowbray golfer carded rounds of 81 and 83. Given Holose, a caddie from Kei Mouth, is just one off the pace after rounds of 84 and 80 and Clovelly Cedric Touzard, who followed up an 89 with a fine 76, is a further shot back on 165.

Pfeifer and Bontz have built an almost insurmountable lead in the World Cup of Golf.

The Americans top the pile at 289. They lead by 26 from Williams and partner Bob MacDermott from Canada, with the International Team of Postigo and Martin Williams from Wales third on 320.

The first three rounds of the World Cup of Disabled Golf is being played concurrent with the 54-hole Canon SA Disabled Golf Open and the final two rounds of Foursomes and Fourballs follow on Friday, 19 May.

(NOTE – Photo attaches is the property of SADGA and is free for use with editorial copy. Photos are also available on EPA). 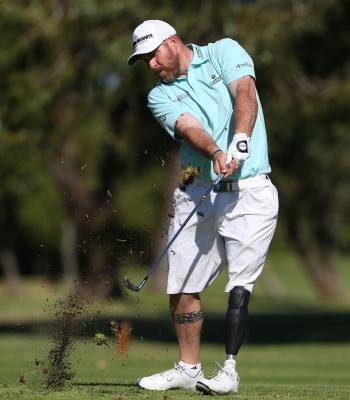 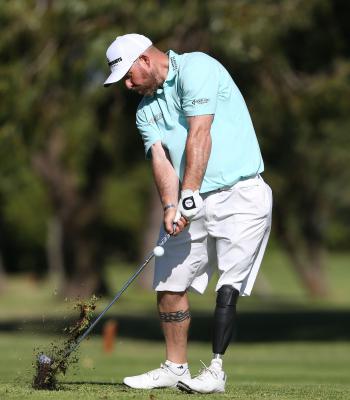 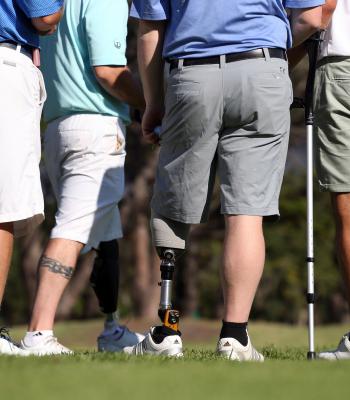