Kobus Oeshchger says his first taste of competitive golf was an enjoyable learning-curve following his 13th-place finish at the inaugural International Wheelchair Golf Open in Spain.

Twice a Paralympian having represented the national Wheelchair basketball team, this paraplegic is no stranger to competition at the highest-level. Golf though was indeed a novel experience having only taken up the game earlier this year.

As he is still tinkering with his swing to find what works for him, Oeschger eagerly seeks out as much advice from others as possible —a trait that he admits can be to his detriment at times. On the eve of the event at Club De Golf Son Antem, the Zwartkop Country Club member made alterations to his swing on the advice of a respected teaching pro. The changes failed to have the desired result as Oeschger chalked up just 17 stableford points on the easier East course.

“Something you must not do before a tournament is try and change the way you swing. I think that’s the mistake I made is that, during the practice round he was walking with us, and he gave me a few pointers and being the way I am I started to implement that. I think that’s where I stuffed it up a bit,” says Oeschger.

Determined to turn things around in the second and final round, Oeschger went back to basics. Having noted the conservative approach employed by his fellow competitors, Kobus set himself the realistic goal of taking double-bogey on every hole. The more relaxed approach paid dividends instantly as he signed for 38 points on the more difficult West course thanks to an impressive display on and around the greens.

“The courses were very nicely maintained and because of the amount of rain they’d had leading into the tournament, the greens were very soft. When you hit the green with a bit of back-spin your ball almost stands still. The guys I played with were very complimentary of my chipping and putting.”

For his first competitive event, Oeschger was happy with his finish and aims to use the experience in Mallorca as a springboard to improving in the future.

“I’m pretty happy with my second day and am obviously going to build on that and we’ll see what happens going forward. I was pretty chuffed with 38 points [in round two]. For my first tournament, I think ending up 13th out of a group of 40 is not too bad. “

Kobus also praised the organisation of an event that is still in its infancy on the disabled golf calendar.

“I’ve been at Wheelchair basketball world champs, I’ve been at the Paralympics so when I start comparing events like this I’ll compare it to those - you can’t really get better than those sorts of events but for this being the first edition it was very well organised.

“Logistically I think the guys did a great job because they brought something like 22 para-golfers from Europe and then we rented and played in them,” commented Oeschger.

Oeschger will now turn his attention to the Canon SA Disabled Golf Open which takes place at Magalies Park Golf Club between the 13th&15th of May. 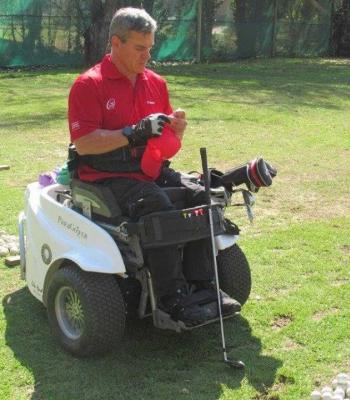 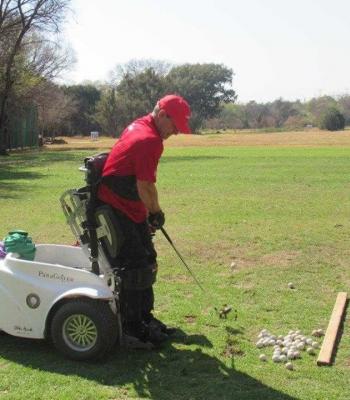 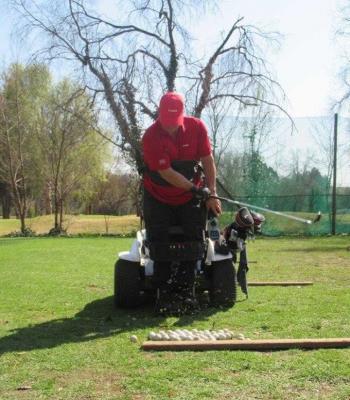