The 17-year-old disabled golfer from Citrusdal was down in both his matches, but punched well above his weight to overturn the deficit against Conrad Stoltz from Gauteng and Christo de Jager from ROC (Rest of Country).

Douries defeated Stoltz 4 & 2 and halved against De Jager to add 1.5 points to Western Province’s total of five points. The side finished 1.5 points ahead of Gauteng and 1.5 points behind defending champions ROC.

“The rest of the Province guys have all played in multiple Provincial Challenges. They are experienced and a pretty tight unit. Charl Theron was supposed to play this week, but he withdrew last week and Ignation received the call as the next player on the SADGA National Rankings.

“We expected Ignation to feel some pressure and I wasn’t surprised that he had a shaky start. But, when the team reached the halfway mark, we were down in five of our matches. I told all the boys to step it up and Ignation rallied like a champion.”

Douries took up golf six years ago when he joined the SAGDA First Swing Programme and got his first taste of the Provincial Challenge as the reserve for the Western Province team last year.

“I was so excited when I got selected. I enjoyed watching last year and I knew the course well after the Nedbank South African Disabled Golf Open,” Douries said.

“I was really nervous when we started this morning and I didn’t play my game. When we turned, I was 2-down to Oom Stolla and 4-down to Oom Christo. I told myself that I had to focus and I decided to start the back nine from scratch.”

“I am really proud that I stuck to my resolve to forget about the front nine,” the youngster said.

“I didn’t worry about any mistakes or bogeys. I just kept my focus on the next shot and the next hole and it worked really well for me.”

Jordaan from Border beat Schuhknecht 2-up to push the defending champions to the top of the log on six points.

Gauteng gained a point from double leg-amputee James Hourigan, who defeated Trevor Reich from Western Province 3 & 1, and Virgil Foster took their tally to 3.5 when he downed Riaan Spreeth from Province at the last holes. 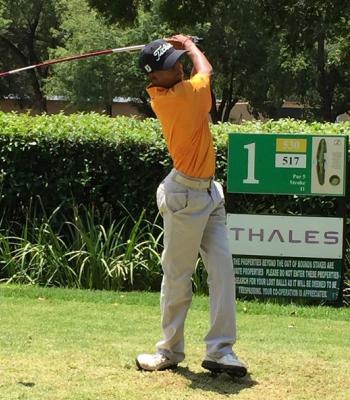 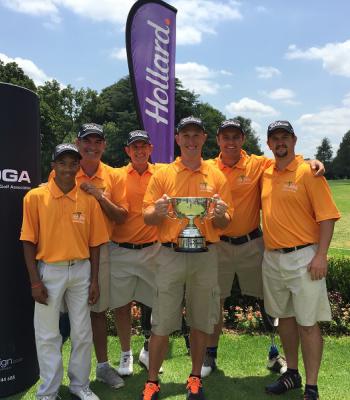