New leader in the clubhouse!

Looks like caddie Kim Williams is doing a great job as Daniel Slabbert takes a three-shot lead through nine in the second round of the 2015 Nedbank SA Disabled Golf Open.
The three-time champion turned in four over, with two-time winner Iglin Grobbelaar in second on seven over. Reinard Schuhknecht is a further shot adrift, while Josh Williams has some work to do to get his title defence back on track. The overnight leader hit the turn in 10 over alongside Ireland's James Hourigan. 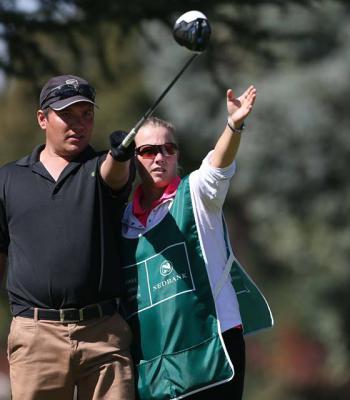