Charles Williams and Craig Moorgas got in some valuable practice time ahead of the Cape Town Disabled Open hosted by the City of Cape Town by playing 18 holes at the Hazendal par-3 course.

Moorgas was firing on all-cylinders from the outset - beginning with three straight pars. Though he made bogeys at the fourth, eight and ninth and a double-bogey at the 7th, a birdie-2 at the fifth saw him turn in four-over 31.

Williams meanwhile played some incredibly steady golf over the front-nine. A birdie at his third hole of the day highlighted an outward nine which featured six pars and just one bogey.

Though Moorgas was three-shots worse on his inward nine, four pars suggest that the leg-amputee has maintained the fine form which saw him claim the Physically-Disabled stableford title at the Canon Kwazulu-Natal Disabled Open last month.

Williams meanwhile remained steady on the homeward nine. An uncharacteristic double-bogey at the 10th hole and another bogey at the 16th were offset by a second birdie at his penultimate hole as the Deaf golfer carded a three-over par 57.

Jared Moorgas - Craig’s son and one of our assistant First Swing Program coaches -  also continued to make great strides in his development. A par at the opening hole and two bogeys at the 10th and 17th are indicative of the progress he and coach Williams are making together.

Of the experience at Hazendal, Craig was effusive in his praise of the Stellenbosch track.

“It took us two and a half hours to complete 18 holes! Hazendal is a great course and a brilliant way to practise,” he said.

Suffice it to say our golfers won’t need much convincing to return to this little gem. 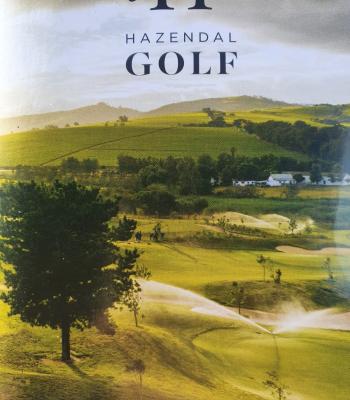 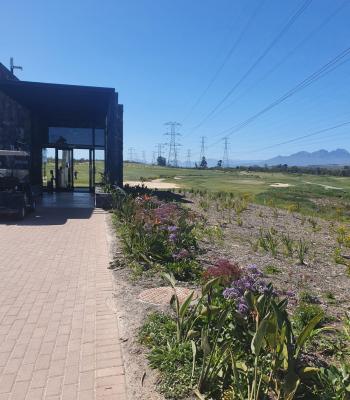 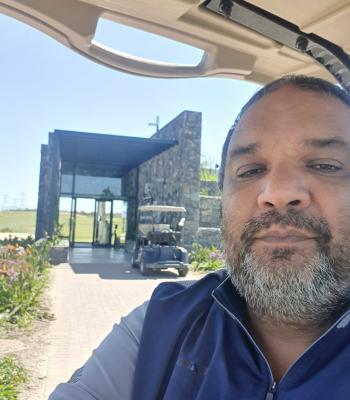