Johannesburg, South Africa. March 2017 - One of the youngest competitors confirmed for the upcoming Canon South African Disabled Golf Open, Jabu (Cameron) Price Moor, has been working hard to improve his handicap in time for his second appearance in the prestigious tournament which takes place in May. In 2016, when he participated in the Disabled Golf Open for the first time, he boasted a handicap of 19. This year, he enters the tournament with an impressive 14 handicap.

A Grade 11 learner at Michealhouse in KwaZulu-Natal, Jabu is one of only 11 players under the age of 18 confirmed for this year’s Canon South African Disabled Golf Open. Hosted annually by the South African Disabled Golf Association (SADGA), the tournament attracts the world’s top golfers with disabilities. In 2016, 30% of the field boasted single figure handicaps and more than half of the competitors have handicaps of 18 or lower.

Jabu’s right arm was paralysed in a car accident when he was one year old.
“His injury was total paralysis of his right arm (brachial plexus), but a surgeon in Cape Town managed to give him some usage in that arm. Although it is very short and does not grow, he is able to play sport and lead an active life,” says his father, Dube.

His first name is actually Cameron but he never uses that name. He became known as Jabu as a baby because he was always so happy and jolly. Jabu is short for Jabulani which means “rejoice” in Zulu. This name, which is now in his passport and ID, is unique for a white boy and brings him instant attention.

According to his father, Jabu has never let his disability be an excuse not to live his life to the fullest. He leads an active life and has numerous interests.

These include hockey, equestrian endurance riding, cricket and fishing. In his leisure time, he rides motorbikes and quad bikes, and also enjoys boating, which he learned early in life while Tiger fishing on the Zambezi River. In July this year, Jabu will be riding his horse an incredible 200 kilometers at Fauresmith in the National Championship.

Jabu spent six years in Zambia when he was younger and did a lot of competitive swimming during his time there. Even with one arm he competed against the able bodied children and he held the 400m Butterfly Under 10 Zambian Record (for able bodied individuals). He became affectionately known as the "Lionheart of Zambia" and is recognised by name by many of the immigration officials when he travelled between South Africa and Zambia. Jabu started playing golf five years ago and rates it as his favourite sport. He is part of SADGA’s First Swing Programme, a developmental golf training programme for children with disabilities, and also plays golf for his school.

Jabu has big dreams. He wants to study to be a lawyer when he is finished school and would like to represent South Africa internationally as a professional golfer as well. He is excited about participating in his second Canon South African Disabled Golf Open.

The tournament, previously sponsored by Nedbank, offers a platform for disabled golfers to pit their skills against some of the best in the world in a credible competition that has at its heart the goal to inspire and unite players, and acknowledge their achievements. Many talented international golfers have already confirmed their participation in the 2017 Canon South Africa Disabled Golf Open. Amongst these are Bob MacDermott (Canada); Martin Williams (United Kingdom); Shaun Bakker (United Kingdom); George Mecs (France) and Cian Arthurs (United Kingdom).

The 2017 Canon South Africa Disabled Golf Open takes place at King David Mowbray Golf Course, which is the home of disabled golf in the Western Cape, from the 15th to the 17th of May. 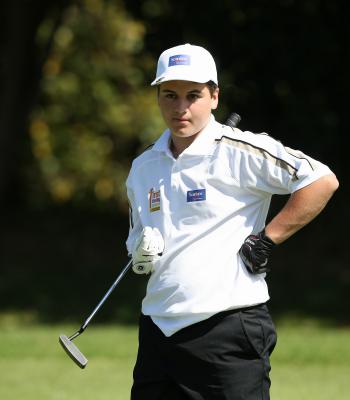 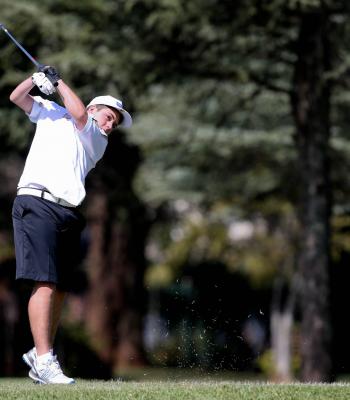