Resilient and positive - two words that sum up Mdudu’s character perfectly. Life as he had

known it for the better part of 15 years changed almost instantly one winter’s day in 2015.

To be hit by a train going at full-bore is to experience unthinkable pain. Yet as Mdudu explains,

the pain did not set in immediately.

“At first you don’t feel anything. It’s weird how you lose so much blood,” he recalls.

there’s nothing because you just feel nothing - it’s numb and everything. But after a while it kicks

in and then it’s painful.”

A number of people came to Mdudu’s aid immediately after the accident. Complete strangers

wrapped the youngster in jackets in an effort to keep him warm as rain beat down. After being

taken to Groote Schuur hospital, Mdudu experienced an outpouring of support from school

children from all across Cape Town who came to wish him well.

“When I went to the hospital now you see who supports you then like your family, your friends. It

was so full in the corridor,” he says.

“My mom couldn’t go in because it was full of students from different schools from Cape Town,

Despite being surrounded by such tremendous love and support, the harsh reality was that

leg above the knee.

It was around this time that Mdudu’s inherent resilience first began to show itself. Even after

Like so many children growing up in South Africa, Mdudu loved to play soccer with his friends

and was shattered by the thought of never taking the field again. He was soon to be exposed to

another sport that he’d instantly develop an affinity for.

A resident of the Cape Town suburb of Philippi, Mdudu had known his neighbour Florence for a

number of years. What he didn’t know was who she worked for: SADGA Operations Manager

Lily Reich. Recognising that she had a chance to make a difference in Mdudu’s life, Florence

Fast-forward five years and Mdudu’s progress has been astounding. Today Mdudu plays off an

18.7 Handicap Index and in February he made his debut for Team South in the SADGA

Provincial Challenge. When asked about the impact that golf has had on his life, Mdudu doesn’t

“I felt that golf saved my life because I was part of something. I felt like I belonged,” he says.

While the Provincial Challenge was great for competitive experience, the Canon SA Disabled

Golf Open is a different kettle of fish entirely.

Nevertheless, Simo showed in last year’s event at Magalies Park that he is capable of withstanding the pressure. His performance improved each day and stableford rounds of 27-29-38 earned him a 24-point win over Thys Kruger in the leg-

medal around The Woods layout at Mount Edgecombe. On his goals for the event, Simo

warned against the pitfalls of unrealistic expectations.

don’t get it then I was fooling myself,” he says.

With a wealth of mental fortitude to compliment his tempered expectations, Mdudu may be 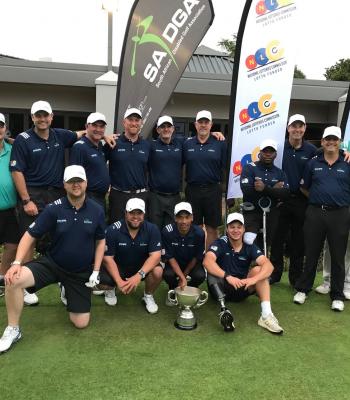 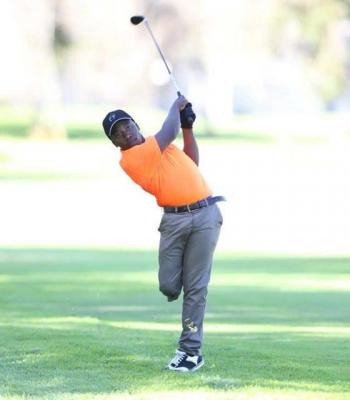