David Wats embodies the old adage that “Winning becomes a habit.” A nine-stroke victory in the Physically-Disabled Medal division marked Watts’ third victory in as many SADGA Open appearances. For perspective, Watts has won the events by a cumulative 51-strokes which is mind-boggling.

After opening with a round of 79, Watts made a steady start to the final round as he recorded three pars over the first three holes. A double-bogey at the 4th and a bogey at 5 halted his momentum but the Les Autres golfer steadied the ship and closed the nine with four successive pars.

Four pars to open the second-nine preceded a bogey at the 14th. Watts righted the ship with pars at the next three holes and not even a closing bogey at the par-4 18th could take the gloss off another tremendous 36-hole display from the Durban-resident.

“It was tough conditions out there so I’m happy to walk away with the win but there are definitely a few things I need to work on and improve going forward,” remarked Watts.

“I hit the ball quite well off the tee but I struggled around the greens, my play from inside 100m was quite poor. I also didn’t hole any putts and didn’t convert many opportunities I had so that’s something I need to look at.

“Thank you to SADGA for all the hard work that goes on behind the scenes to arrange these events. Also to the KZN Golf Union who put up sponsorship for the event, their sponsorship and support of disabled golf is much appreciated.”

Emanuel Makes It Two from Two In Physically-Disabled Stableford

Though Les Autres golfer Crawford began his second-nine with a three-pointer at the 10th, his victory bid was undone by three zero-pointers in a four-hole stretch. He closed out his round strongly though - a four-pointer at the par-4 16th preceding two closing two-pointers as he signed for 27 points.

There was no stopping Emanuel, though.  A four-pointer at the 16th was the highlight of a nine which featured three-pointers at the 11th, 15th and 17th. Three two-pointers sprinkled in throughout the second-nine kept Emanuel’s tally ticking over at a healthy rate.

A closing two-pointer capped a round of 39 points and a memorable day for the Royal Durban Golf Club member.

Jay-Jay Botha followed up his opening round 76 with a closing 83 and completed a resounding victory over Albano Dos Santos.

Botha made a slow start to the final round - dropping four shots in the first four holes. A birdie-4 at the 5th was a welcome tonic and although he surrendered a shot at the next maintained his comfortable lead.

A bogey at the 8th sandwiched between pars saw Botha turn in 40. His start to the back-nine was not quite what he was after as he carded a pair of bogeys and double-bogeys over the first four holes. Botha had done the hard yards on the opening day though which meant that even a double-bogey 7 at the 14th mattered little in the context of the tournament.

He must be credited for the grit he demonstrated down the stretch - four closing pars putting the seal on an impressive win for the Deaflympian.

After the first round it was written that Rhyno Snyman’s 23-point first round was something to build on. Build on it he did, carding 35 stableford points in the final round to claim the win in the Deaf Stableford.

Thank you very much to all the players who participated and to the Mount Edgecombe Country Club staff for being such terrific hosts, in particular Tobs of the club’s Events division, we greatly appreciate all that you do for us. A special thank you is alsi extended to John Titmus who served as starter for the event, we sincerely appreciate John lending a hand and thank him for giving of his time. To Nikki Taylor for being on standby for any rulings needed, we appreciate your contribution!

Finally to the Kwazulu-Natal Golf Union for the terrific impact they have on disabled golf in the region through sponsorships and facilitating the continued growth of disabled golf, we all thank you from the bottom of our hearts for all that you do for us. 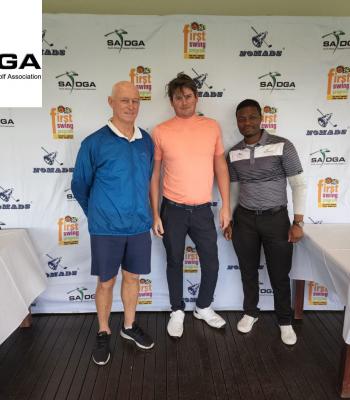 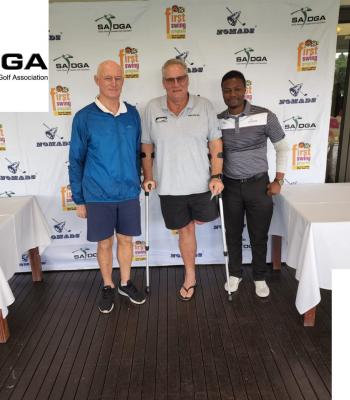 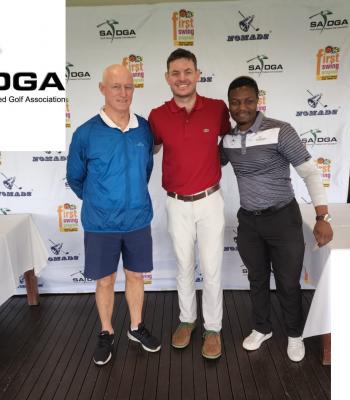 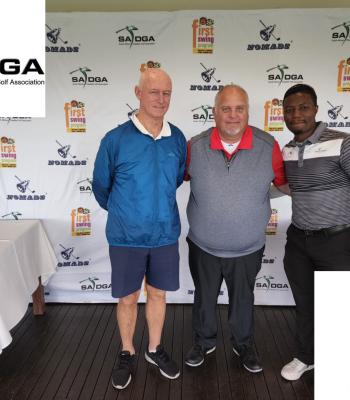 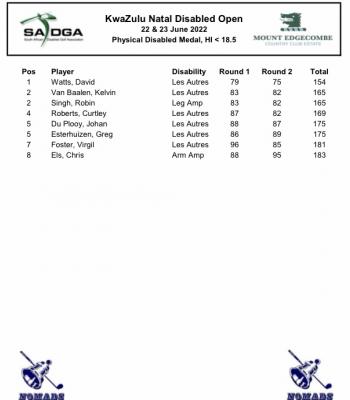 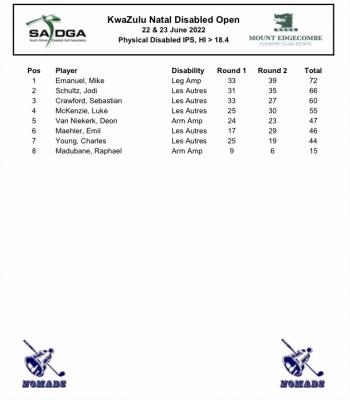 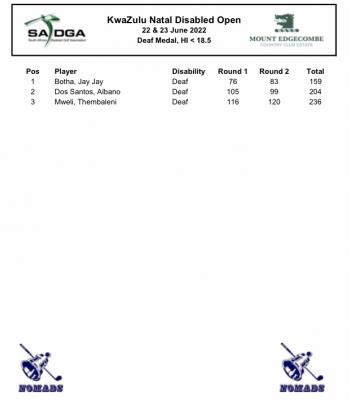 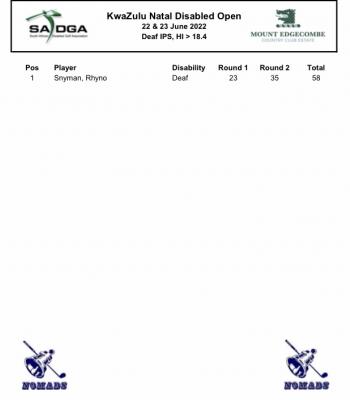