Johannesburg, South Africa. February 2017 - The number of international players competing in the 2017 Canon South African Disabled Golf Open continues to burgeon, with players from France, England and the United States in the mix for the tournament in Cape Town in May 2017. Irish arm amputee, Cian Arthurs is the latest international to confirm his participation in the prestigious the 2017 Canon South African Disabled Golf Open which annually attracts the very best disabled golfers from South Africa and the world. In 2016, 30% of the field boasted single figure handicaps and more than half of the competitors have handicaps of 18 or lower.

Arthurs is certainly a force to be reckoned with, boasting an official handicap of 6.5 in accordance with CONGU requirements. He represented Europe against America in the Fightmaster Cup (The equivalent of the Ryder Cup for one armed golfers) in 2010, 2012, 2014 and 2016. He also represented Ireland in the World One-Armed Golf Championships from 2009 to 2016 and has always finished in the top eight. He is a member of Roganstown Golf and Country Club and is working towards becoming a professional golf coach specialising in children with disabilities. In addition to being a keen golfer, he also plays soccer for Swords Celtic and was voted the club’s Player of the Year in 2015.

Despite his disability, he leads an active lifestyle and is currently working as the coach to the Fingal Ravens Ladies Football team. He also keeps busy freelancing at the Kinsealy Grange Driving Range and Golf Academy, and at a security company. 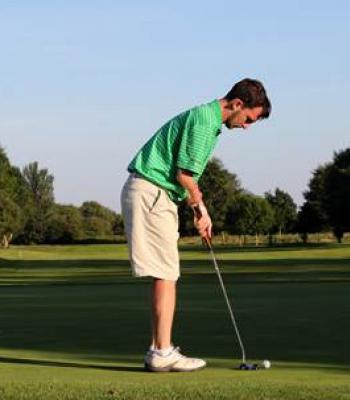 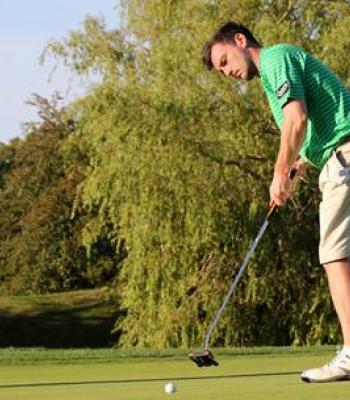