Honours Even At Clovelly

It was honours between the team of Craig Moorgas and Craig Stirton in their fun-filled match against Daren Hanekom and Riaan Spreeth at Clovelly Country Club on Friday.

Balls were thrown on the first tee to decide the teams. On paper it was a total mismatch with Hanekom and Spreeth expected to ease to a comfortable victory. Golf is played on grass though and the match proved to be an absolute spine-tingler.

Leg-amputee Moorgas went in search of an anti-inflammatory at the turn after carrying Stirton for much of the opening nine. He played steadily and made a few crucial putts to ensure that he and Stirton clawed their way to a slender 1-up lead at the halfway mark.

The ding-dong battle continued for much of the inward nine - Hanekom and Spreeth leaning on their incredible length off the tee to remain within touching distance. It’s also worth noting that on many occasions Riaan used some playful gamesmanship in an effort to eat into the deficit.

Instead of lowering themselves to Spreeth’s level, Craig-squared preferred to let their clubs do the talking. Arriving on the final tee with their one-hole advantage still intact, Stirton and Moorgas decided that a halved match would be a fair reflection of the day’s proceedings.

Stirton then deliberately pulled his tee-shot on Clovelly’s ninth-hole out of bounds and when Moorgas intentionally three-putted the final green - the pair’s good deed for the day was done as Hanekom and Spreeth earned a fortunate half.

Our thanks to the Clovelly Golf Club staff for making us feel so welcome. Friday also marked Iglin Grobbelaar’s last day on the Club’s staff and everyone at the SADGA wishes Iglin everything of the best in his future endeavours.

Simo Mdudu also spent some time with Alan Michell who has been coaching one of our Deaf juniors, Uzu Kroti, and we’d like to thank Alan for aiding the development of this promising golfing talent.

The trip out to Clovelly also provided the perfect opportunity to take our new Volkswagen Caddy for a spin. The SADGA wishes to thank Volkswagen South Africa for being such an awesome sponsor of the association and for ensuring our golfers travel safely and comfortably. 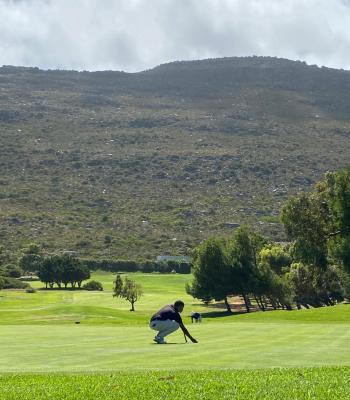 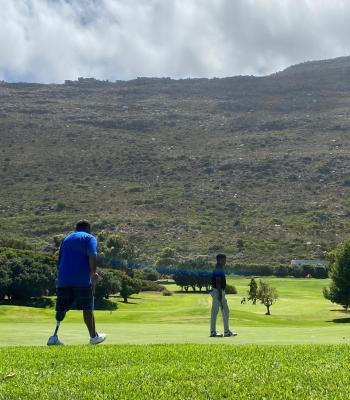 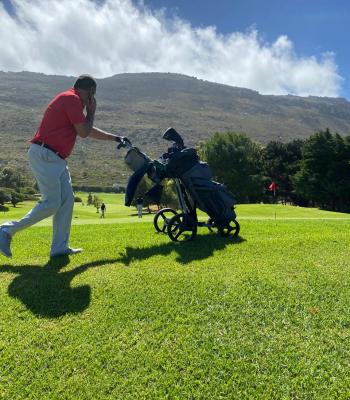 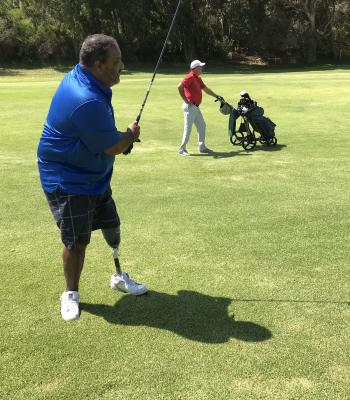 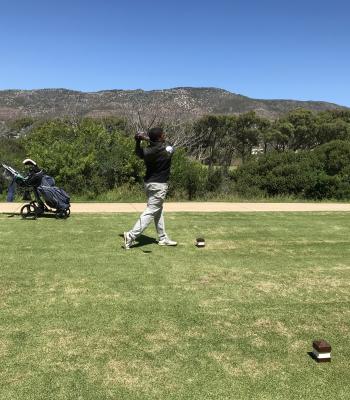