The South African Disabled Golf Association is pleased to announce Garrick Higgo as a patron of the SADGA.

Higgo will become a First Swing Program patron - a novel idea but an innovative one given the importance of the FSP within the SADGA. Operations Manager Lily Reich remarked that the addition of the Sunshine Tour Rookie of The Year is a nod to the future.

“We are delighted to bring Garrick on board and hope that this is the start of a happy and fruitful partnership for both the SADGA and Mr Higgo,” commented Reich.

“We are eager to build for the future and the addition of Garrick as a First Swing Program patron is certainly a step towards achieving that.”

Reich highlighted two of Higgo’s qualities as a player and person that made the partnership a great fit.

“Despite all of the success Garrick has enjoyed as both an amateur and now as a professional, the humility he exhibits is something that caught the association’s eye.”

“To achieve all that he has in the game doesn’t come without a tremendous work ethic and we feel our FSP children can learn a lot from Garrick’s approach to both the game and life.”

The 21-year-old’s work ethic has borne fruit throughout his golfing life and the De Zalze member was among the best amateurs in the country before taking the leap into the paid ranks.

Higgo rose to No.1 on the Open Amateur rankings in 2017 and also teed it up for the International team at the inaugural Junior Presidents Cup the same year. Undaunted by the professional game, Higgo won twice on the Sunshine Tour including at the season-ending Tour Championship en route to securing Rookie of The Year honours.

Higgo expressed his excitement about the partnership and said he is eager to positively impact disabled golf in the country.

“I am delighted to be chosen as a SADGA ambassador. To be involved with an organisation doing so much good for disabled golfers in South Africa is a huge honour and I am looking forward to participating in SADGA’s future endeavours within the community,” commented Higgo

Members and staff of the SADGA will have the opportunity to get to know and interact with Garrick in the coming days.

“On behalf of the SADGA and the board of Directors, I’d like to extend a hearty welcome to Garrick Higgo,” Reich concluded. 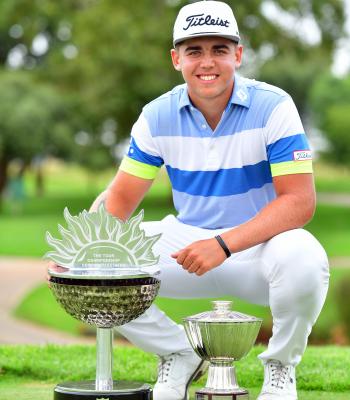