FSP Elite Squad Get The Better Of The Executive Director & Friends

The First Swing Program Elite Squad trounced the Executive Director and Friends by 12 shots in the second instalment of the ongoing series at King David Mowbray Golf Club on Friday.

The format for the day was Pinehurst: Both players hit their tee shots before swapping balls and playing their second shots. From there, the players decide on a ball to play the remainder of the hole with and play alternate shot until the ball is holed. Each two-man team played off 50% of their combined Course Handicap. The couple with the lower nett-score wins the contest.

In the first match, the FSP Elite squad duo of Ignation Douries and Daren Hanekom (playing off a combined handicap of seven) made the perfect start as they carded seven consecutive pars before a birdie at the par-4 17th. A phenomenal front-nine was capped with yet another par as the pair went out in just 35 strokes. Craig Moorgas and Verwey (playing off 18) played steadily - carding five pars, three bogeys and a double-bogey.

Though Moorgas and Verwey remained in touch as they made the turn, some greenside bunker trouble saw them run up a 10 at the par-4 third to halt their momentum. Douries and Hanekom by contrast birdied the hole to further underline their quality. The Elite squad golfers mixed two birdies with two birdies to card a nett-65 and earn a ten-stroke victory.

In the second match, brothers Richard and Craig Stirton took on Elite squad golfers Simo Mdudu and Charles Williams. The Stirtons played solidly over the opening holes, content with pars and bogeys as they avoided any catastrophic numbers. Mdudu and Williams though showed their tremendous resolve as they turned in 43 despite double and triple-bogeys on the par-5 10th and 14th respectively.

The Stirtons held a four-stroke cushion after nine holes but the tide turned in the Elite squad’s favour on the second-nine. Mdudu and Williams made up a shot on each of the first four holes to radically change the complexion of the contest. As was the case in the other match, greenside bunker trouble at the par-4 7th marked the beginning of the end for the Stirtons. Needing three shots to extracate themselves from the sand, the brothers carded a deflating quadruple-bogey eight while Mdudu and Williams made a comfortable par four.

Poor execution with the putter from younger brother Craig at the penultimate hole handed the Elite squad a slender one-shot advantage standing on the final tee. Richard produced his shot of the day when he needed it most - a superb 3-hybrid from 200 metres out to about 6-feet. After Mdudu and Williams had secured their par, Craig had the opportunity to earn a half with the other competitors looking on.

The stage proved too big and the lights too bright as his putt came up short. Credit must go to Mdudu and Williams for their tremendous fightback and deserved victory.

In the end, the Elite squad’s overall nett tally of 136 was more than good enough to beat the Executive Director and Friends’ effort of 148. 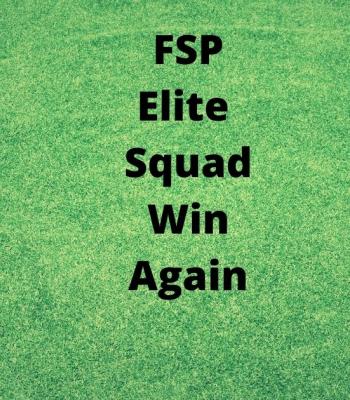