HARTEBEESPOORT, 12 May 2019 – Army veterans. A four-time One-Arm World champion. A couple of former winners. Eleven top international competitors.
These are big odds to beat, but First Swing Program graduates turned coaches Ignation Douries, Raylen de Wee, Charles Williams and Daren Hanekom aim to wow the crowds in the 21st playing of the Canon South Africa Disabled Golf Open next week.
The quartet from the SADGA Academy, which offers a safe home, education and opportunities supported by Canon South Africa and Volkswagen South Africa, are keen to impress in the South African Disabled Golf Association’s flagship event, which tees off at Magalies Park Country Club from 13-15 May.
De Wee and Douries are confident that they can improve on their promising debuts last year at the popular resort on the banks of the Hartebeespoort Dam.
“I can’t wait to play against the big dogs,” said the 21-year-old De Wee. The Carnarvon golfer finished third overall in the 19-36 IPS Division last year and edged out Douries for the glory in the U-23 Division. Having cut his handicap to 9.3, De Wee is bursting with excitement to tee it up in the new Stroke Play Division for 18.4 handicaps and under.
“Our SA Open carries world golf ranking points for the first time, so it’s going to be pretty awesome to play in the main division and go up against the best guys in the field.”
Douries placed ninth overall in the Medal 0-18 Handicap Division last year.
The 20-year-old, who suffers from Arthrogryposis, also came very close to the winner’s circle in the Les Autres Division, but the medallist honours went to former two-time champion Grobbelaar, who triumphed by one stroke.
Buoyed by his stellar performance in the Provincial Challenge at the host venue in March, Douries was feeling quietly confident after his practice round.
“I am a better golfer; a more mature golfer this year,” said the Citrusdal golfer, who is studying a three-year general business management degree through Dyna Training, sponsored by DJO Global while coaching children in the FSP at King David Mowbray Golf Club.
“I have worked incredibly hard since last year’s championship and I feel much better prepared for the challenge this year. Working as a coach with the FSP kids has also given me a better perspective of the game.
“The course sets up well for me, and it is in great condition. It’s very tight, but not playing too long. Any wayward tee shots will be punished, though. The real test will be on the greens. They are very fast and if you don’t hit them in the right spots, you’re going to struggle. The ball also travels much further up here, so you have to watch the distances. But I’m feeling really good about my game.”
Hanekom and Williams from Lavender Hill went head-to-head in last year’s Deaf Championship, which is played concurrently with three rounds of the national Open. The results, however, are tallied separately.
Hanekom got the upper-hand in the second round and edged out former champion Williams by seven strokes to lift Medal 0-18 Handicap Division title. The 25-year-old from Fisantekraal is excited to start his title defence in the new Stroke Play Medal 18.4 and Under Division.
“From what we’ve seen in the practice round, I think the course is in even better condition this year and it’s going to be a great championship,” said Hanekom.
“To be honest, I think I am more excited for one of my students, Sisa Nkomo from the Dominican School for the Deaf. Sisa qualified for this year’s Open at our inter-provincial and I’m really excited to see how he will do in his debut. I remember how excited I was when I played in my first SA Open. That was like a decade ago and it doesn’t get any less exciting. The Canon SA Disabled Golf Open is really the highlight of our season.”
The Cape Town quartet will face some stiff competition over the course of the next three days.
Four-time World One-Arm champion Reinard Schuhknecht and last year’s runner-up Grobbelaar will spearhead the local challenge while defending champion Browne from England and Geoff Nicholas from Australia lead a strong international assault.
“I think we are in for another nail-biting finish,” said the 32-year-old Grobbelaar from Clovelly. “Having Mike back is fantastic. He is the outright favourite, but I think Geoff and some of our top guys can definitely give him a run for his money. And we have a new Australian competitor this year. Damien Thomlinson is also ex-army like Mike, but a double leg amputee. He starred on Survivor in Australia last year, and you don’t get much tougher than that.
“Reinard is always one to watch out for, and Chris Wood from Namibia. And it’s great to see young Charl Theron back in action. He had a great tournament at Zwartkop three years ago and it’s awesome that he is competing again.”
A field of 79 competitors will contest the 21st Canon South Africa Disabled Golf Open.
The championship is contested over 54 holes in golf handicap and the field features golfers of various disabilities, including Leg Amputee, Arm Amputee, Multiple Amputee, Les Autres, Visually Impaired and the Deaf Championship.
“For the first time, the Canon South Africa Disabled Golf Open will carry world ranking points that will count towards World Ranking for Golfers with Disabilities (WR4GD),” said tournament director Lily Reich.
“This is truly a watershed moment for South African disabled golf. GolfRSA also recently became a member of the European Disabled Golf Association (EDGA). This affiliation will afford our top golfers the opportunity to showcase their talent more frequently on the international stage and goes a long way to inspiring the learners currently in our FSP to continue to reach for the stars.” 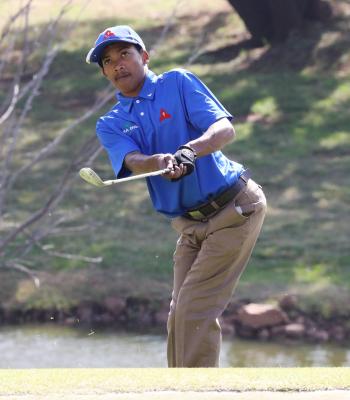 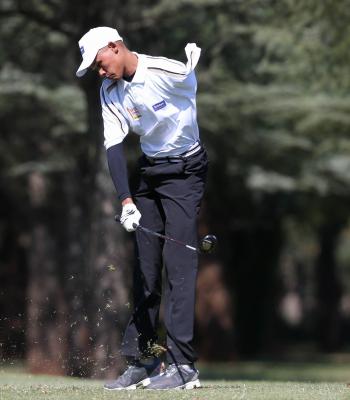 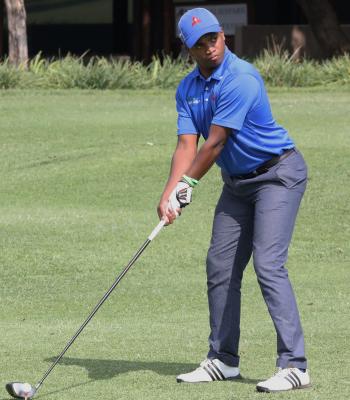 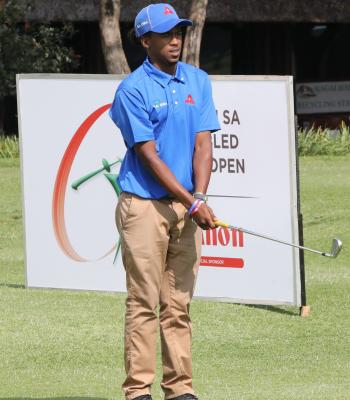