The highlight of the London golf day was the announcement that Dale Hayes was becoming a patron of SADGA, where Francois Pienaar handed over the SADGA blazer.

Dale has been supporting SADGA for many years with passion and dedication. He has opened up his golf course Zwartkop CC to all disabled members with special rates and memberships. Earlier this year the SADGA moved into offices at Zwartkop CC which has now become the home of disabled golf, hosting the 2015 SA Disabled Golf Open and the upcoming 2016 SA Disabled Golf Open.

In 1971, Dale Hayes won the Spanish Open at the age of 18years and 290 days becoming the youngest winner on the European Tour. By 1973, he was fourth on the European Order of Merit, improving to second in 1974 and first in 1975. He also finished in the Top 4 in 1978 and 1979. He won more than a dozen events in South Africa, including the South African Open Championship and PGA Championship. In 1976, he won the World Cup of Golf for South Africa in partnership with Bobby Cole. One of his greatest victories was in 1978 at the French Open with scores of 66, 69, 67, 67 for a total of 269 and a win by 11 strokes ahead of Severiano Ballesteros.

17 Sunshine Tour, including the:- 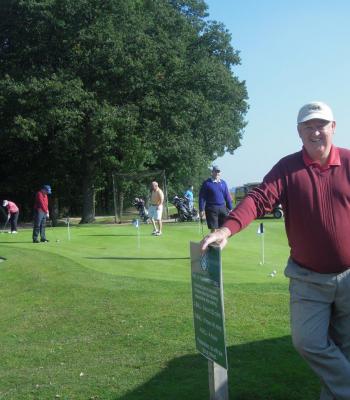