Craig-squared Snatch Half At KDM

SADGA Executive Director Craig Moorgas made a nett-par on King David Mowbray Golf Club’s par-5 ninth-hole to ensure he and Craig Stirton snatched a half against Paul Redelinghuys and Charles Williams on Friday.

For the second time in as many weeks, Craig-squared managed to earn a half against more illustrious opposition. That Moorgas came up clutch when it mattered most will certainly please Team South captain Pieter Verwey with the leg-amputee set to tee it up in the SADGA Provincial Challenge in April.

The early holes of the contest had a distinct to-and-fro feeling to them. Beginning on King David Mowbray’s back-nine, Redelinghuys and Williams winning the first and third holes while Moorgas and Stirton claimed the second and fourth holes respectively.

Moorgas was once again the senior member of the Craig-squared juggernaut. The leg-amputee made a nett-par at the par-5 14th before two superb nett-birdies in a row at the Stroke-3 15th and par-3 16th respectively. For his part, Stirton managed to hold the team together on the rare occasion that Moorgas faltered - a nett-par at the 17th adding to Craig-squared’s now handy lead.

It must be said that Stirton contributed more to the comedic relief than to the golf itself itself. He played the wrong ball on not one, not two but three occasions and now certainly has now made a strong case for playing in the Visually-Impaired category during the Canon Open Series. If you haven’t done so already - please get those entries  for the Canon Open Series in (link below) - we’re certainly in for five fantastic events.

Credit must go to Redelinghuys and Williams for eating into the deficit, and eventually earning a lead, on the second-nine. The pair dove-tailed well - reeling off a number of nett-pars while consecutive nett-birdies from Redelinghuys at the sixth and seventh ensured that the pair stood on the final tee in the driver’s seat.

In the end though, Moorgas did just enough to ensure that the spoils were shared.

Thank you to Paul for joining in on what was a fantastic day on the course and to King David Mowbray for being such a fantastic host venue for what proved to be a titanic tussle. 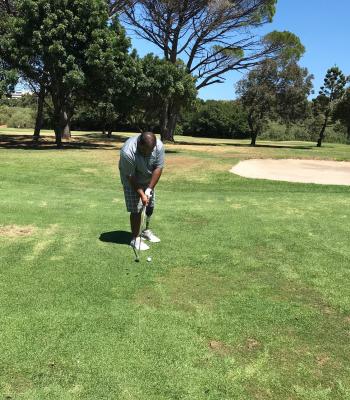 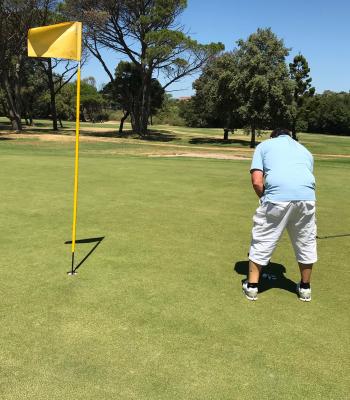 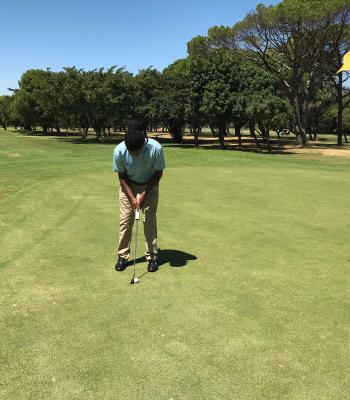 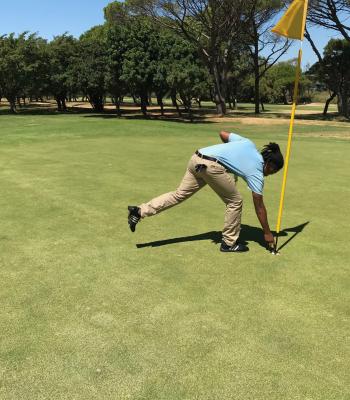 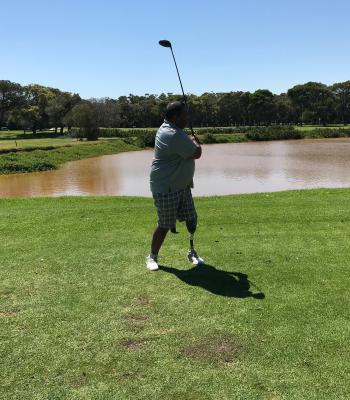 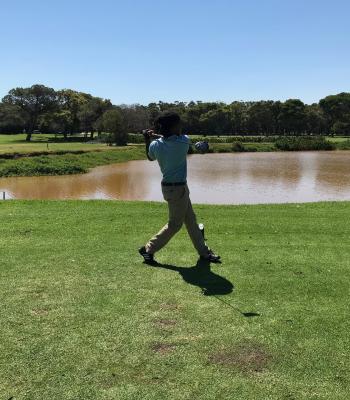 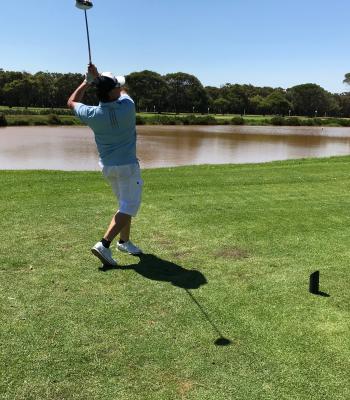