Uitenhage Golf Club, 19 October 2021: The Canon Port Elizabeth Open saw two players - Robin Singh and Craig Moorgas - earn their second victories of the Canon Open Series while Deaf golfer Charles Williams’ persistence paid dividends with a maiden victory in the series and Usher Manel illustrated what a fantastic grassroots structure the First Swing Program continues to be with a win of his own.

Here’s all you need to know from the past weekend at Uitenhage Golf Club.

Robin Singh won the Physically-Disabled Strokeplay component of the Canon Port Elizabeth with a four-stroke victory over as many players: Jan Potgieter, Trevor Reich, Virgil Foster and Leyner Ramirez.

High winds buffeted the Eastern Cape layout on both days as Singh posted rounds of 81 and 90. The win follows a victory in the Canon Kwazulu-Natal Disabled Open and a second-place finish in the Cape Town Disabled Open hosted by the City of Cape Town.

Moorgas leant on the knowledge gleaned from the SADGA Provincial Challenge earlier in the year to complete a comfortable four-point win over TJ Taljaard.

Moorgas amassed a further 31 points on an equally-challenging second day for a 36-hole total of 59 points. His performance was the second-best in the division in the final round.

Taljaard produced the round of the day - carding 33 points - but ultimately trailing by six points after day one meant that catching Moorgas proved a bridge too far.

Els’ round two tally of 28 points saw him secure third-spot in the division.

Congratulations to Moorgas who has now gone Win-2nd-Win in the Canon Open Series.

Having knocked on the door with back-to-back second-place finishes in the first two events of the series, Charles Williams secured a four-stroke victory over Cedric Touzard in Uitenhage.

In a role-reversal from the Cape Town Disabled Open hosted by The City of Cape Town, it was Touzard who held a one-shot lead over Williams at the conclusion of round one after an 87.

Williams played considerably better on day two - carding an 81 for a 36-hole total of 169. Touzard meanwhile struggled somewhat en route to a round of 86.

Touzard and Williams will now both be part of the Champion of Champions event in November.

Reuben Birin pupil Usher Manel seized the Deaf Stableford Division by the scruff of the neck on the opening day as he posted 27 points. Manel’s solid round helped him open up a sizable 11-point lead over Ayakha Mdali.

Impressive though his round one tally was, Manel elevated his game to far greater heights on the second and final day. The Deaf golfer went six points better the second time around to amass an impressive 36-hole total of 60 stableford points.

Manel ultimately eased to a 26-point victory over Mdali to lock up his spot in the Champion of Champions to be played on the 9th and 10th of November. 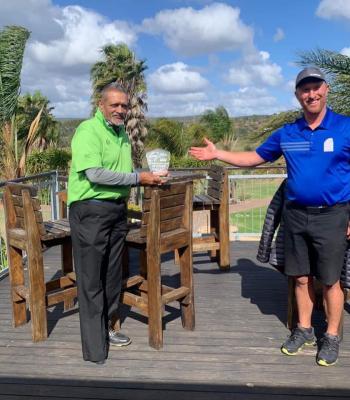 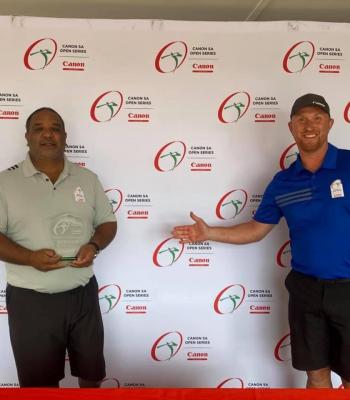 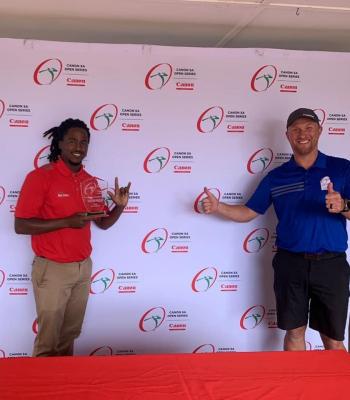 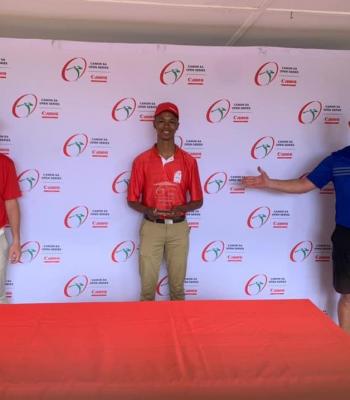