Johannesburg, South Africa. April 2019. Former touring golf professional, Brandon Shaw has confirmed his participation in the 2019 Canon South Africa Disabled Golf Open. This will be his second year competing in the Disabled Golf Open since he started playing golf again a year ago. Shaw did exceptionally well in the 2018 tournament, winning the C division, the Les Autres (such as limb deformities, permanent movement disorders or cerebral palsy) trophy and overall best net. This year, he wants to claim one of the top ten spots and in 2020, his goal is to win the competition.

Shaw was injured in 2010 when he had a fender bender in his car. He got out of the vehicle to check the damage and another car hit him, causing extensive damage. He didn’t play golf for over eight years while he got to grips with living with disability. He began playing golf again a year ago and was inspired to enter the 2018 Canon South Africa Disabled Golf Open which is organised annually by the South African Disabled Golf Association (SADGA). This international amateur event, now in its 21st year, incorporates golfers with varying disabilities, with divisions for leg amputees, arm amputees, deaf golfers, the visually impaired and Les Autres.

Shaw, who currently plays off a 9 handicap and is a member at the Hermanus Golf Club, has an adopted son who he hopes to inspire to have high aspirations and persevere, regardless of the challenges and adversity he might face.

“We are proud to welcome back Brandon Shaw to field at the Canon South Africa Disabled Golf Open. From being a touring golf pro, to learning to live with being disabled, his story is an inspiring one that offers hope to others who are struggling to regain their balance after a serious injury. We wish him all the best in this year’s competition,” says Dana Eitzen, Corporate and Marketing Communications Executive from Canon SA, which has a proud legacy of support for South African sport.

This will be Canon South Africa’s third year as the title sponsor of the tournament. The company is also a primary sponsor of SADGA’s First Swing program which encourages young children with disabilities to live beyond their physical limitations and play golf. Canon is associated with the Sunshine Ladies Tour as a sponsor of the season opening event for the past two years. This year, Canon SA is sponsoring The Player’s Fund Project Hero, through which the stories of four fallen rugby heroes are being told to offer hope to former rugby players whose lives have been forever changed by serious injuries on the field.

The 2019 Canon South Africa Disabled Golf Open takes place from 13 to 16 May 2019 at the Magalies Park Golf Club. Some of the world’s best golfers with disabilities will be competing this year. Amongst the internationals that have entered are Mike Browne from the United Kingdom; Graeme Mazur and Johnny Rhea, both from the United Kingdom. Female players who have entered include Venita Wirth and Charlene Pienaar. South Africans have historically dominated the tournament, with Ben van Zyl winning the event from 1998 to 2003; Pieter Jansen in 2004; Nico Wentzel in 2008; Iglin Grobberlaar in 2009 and 2010; and Daniel Slabbert from 2011 to 2013, and again in 2015. 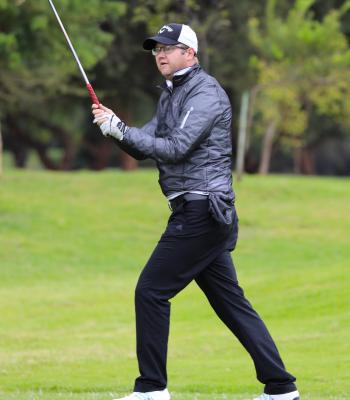