One of the world’s most talented and respected disabled golfers, Geoff Nicholas from Australia, has signed up for the 2019 Canon South Africa Disabled Golf Open taking place from 13 to 16 May 2019 at the Magalies Park Golf Club. Organised annually by the South African Disabled Golf Association (SADGA), this international amateur event incorporates some of the world’s best golfers with varying disabilities.

“We are honoured to have a golfer of this calibre participating in the 2019 Canon South Africa Disabled Golf Open. One of the world’s legends of amputee golf, he brings a wealth of experience and will add excitement, and not to mention stiff competition, to the event,” says Dana Eitzen, Corporate and Marketing Communications Executive from Canon SA.

As a result of a congenital disability, Geoff’s right leg was amputated below the knee at the age of 11. He played his first game of golf the following year and his amateur career began in 1981 when he joined The Lakes Club in Sydney. His elite career took off in 1990 when he won the inaugural British Open Amputee Championship in Wales by an astonishing 13 shots. Later that year, he won the US Amputee Open in North Carolina by eight shots. He went on to win both of these championships until 2002.

Geoff completed the Australasian PGA Tour, playing through Asia and Australia. He broke the course record at the 1994 Singapore Open and in 1996, he finished highly placed in both the Australian and New Zealand Opens, becoming the first amputee golfer to do so.

Generous and passionate about his sport, Geoff coaches a team of intellectually disabled golfers to complete in the Special Olympics and has also taught in golf clinics for amputee Vietnam veterans in the United States.

Canon SA has a proud legacy of support for South African sport. The company is a primary sponsor of SADGA’s First Swing programme which encourages young children with disabilities to live beyond their physical limitations and play golf. Canon is also associated with the Sunshine Ladies Tour as a sponsor of the season opening event for the past two years. This year, Canon SA is sponsoring The Player’s Fund Project Hero, through which the stories of four fallen rugby heroes are being told to offer hope to former rugby players whose lives have been forever changed by serious injuries on the field. 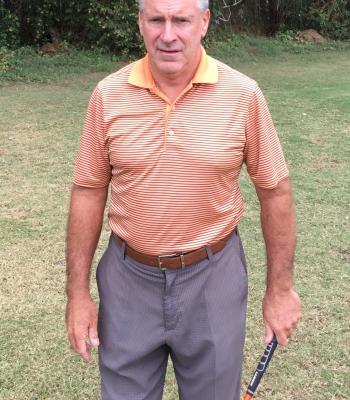