All Tied-Up At SADGA Provincial Challenge

This year’s edition has a bit of history attached to it as Uitenhage Golf Club is the first Eastern Cape layout to host the Interprovincial event.

All 10 players from the respective teams were in action on the opening day and played a scramble tee-to-green until the ball was holed out. With the matches only being played over nine holes, it was imperative that the golfers made strong starts.

Both non-playing captains - Team North’s Joseph Phiri and Team South’s Pieter Verwey - sent their best players out in the top matches in an effort to bank early points.

Team North’s Derrick Swart and Jabu Price-Moor drew first blood for the defending champions in the first match out. Playing against leg-amputees and great friends Trevor Reich and Morne Cronje, Price Moor and Swart secured a 3&2 victory to give Team North an early lead.

Leg-amputee Craig Moorgas and Deaf golfer Kosie J.V. Rensburg of Team South secured an emphatic victory of their own as they dispatched blind golfer Charlene Pienaar and her partner Hanjo Bester 4&3.

The second match out - which featured Uitenhage Golf Club’s Christo De Jager - had a thrilling finish to it. Holding a 1-up lead over Jan Potgieter and Dean Ferreira of Team North standing on the final tee, De Jager and partner Kean Dry encountered some tree-trouble which led to a closing double-bogey and a lost hole the upshot of which was a halved match.

Johan Du Plooy and Rupert Fortmann gave Team North their second win of the day after they secured a 1-up victory over Brandon Shaw and Lance Du Toit.

The players in the bottom match ensured that the event is set for an exciting second day’s play. Blind golfer Morne Els and leg-amputee Simo Mdudu played very well down the stretch. All-square playing their sixth hole of the day, Els and Mdudu won three holes in a row to emerge 2&1 victors over the blind Team North pair of Jontey Kotze and Leon Strydom. 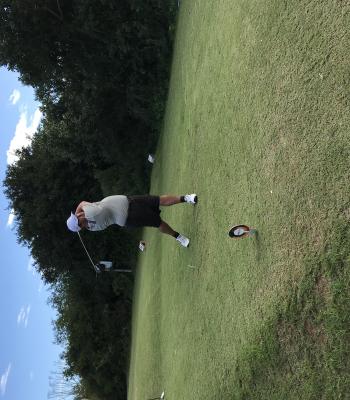 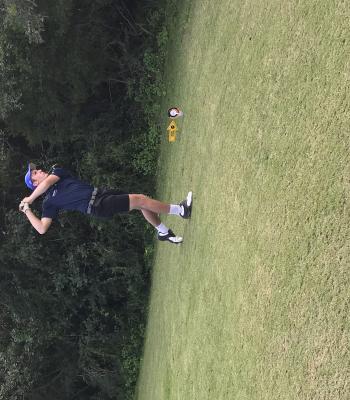 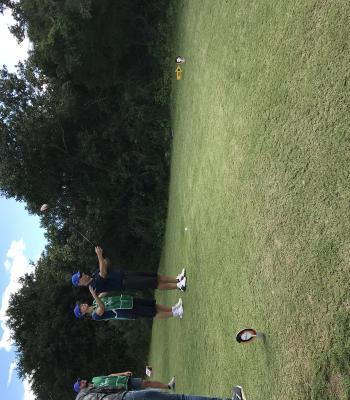